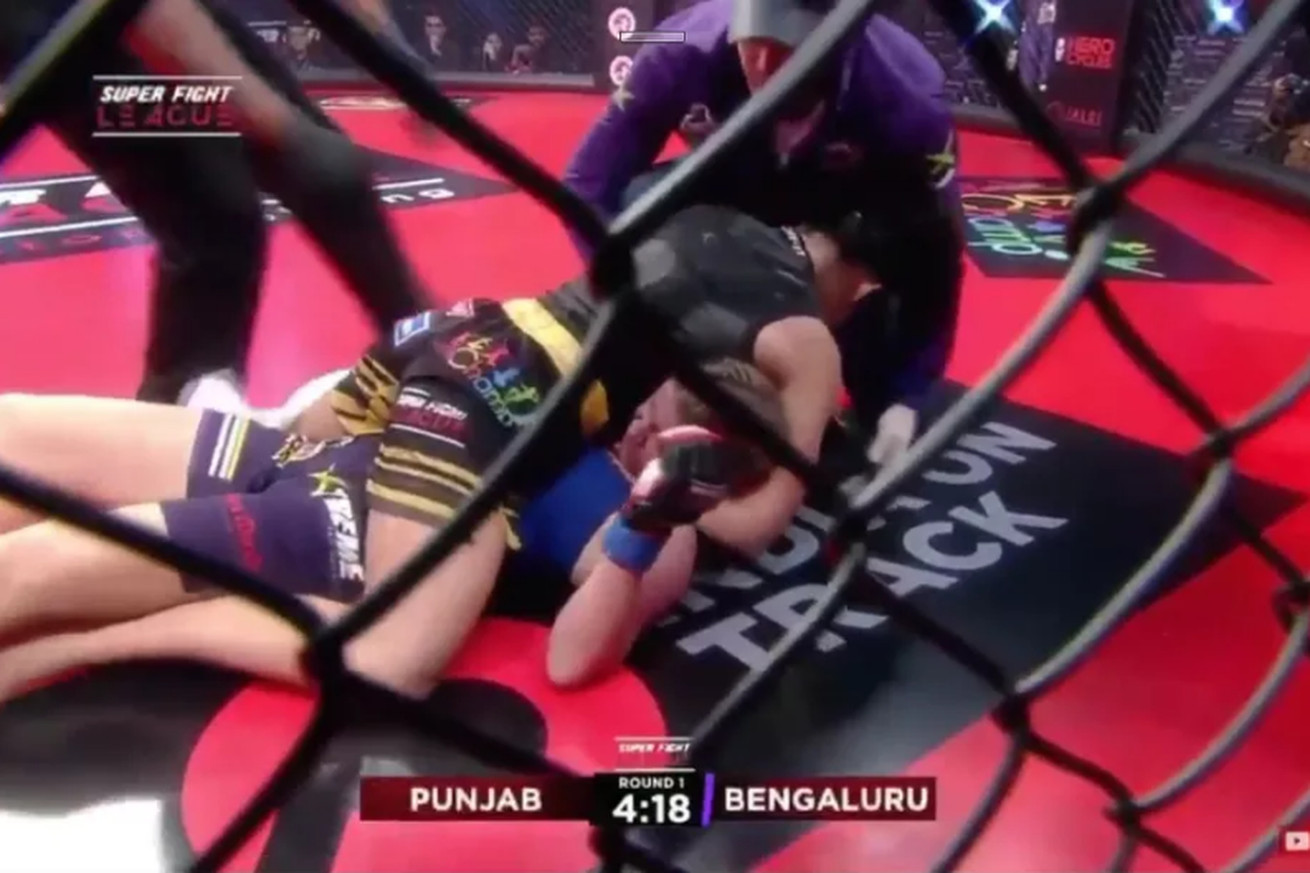 Well, you don’t see this everyday. After Asha Roka slapped a beautiful guillotine choke on Hannah Kampf earlier today (Fri., Feb. 17, 2017) at a Super Fight League event in India, Kampf’s cornerman was forced to jump inside of the cage and break up the action after referee Alan Fenandes failed to step in.

The controversial finish to the fight can be seen above.

This is not a good look for mixed martial arts (MMA) referees of any kind. Roka had a clear-cut guillotine choke locked in way before Kampf’s corner had to throw the towel into the cage and then jump over it to save their fighter. While there didn’t seem to be a tap of any kind (kudos to Kampf), Fenandes should be front and center in effort to gauge Kampf’s bodily state and determine if she is out.

She was. He failed.