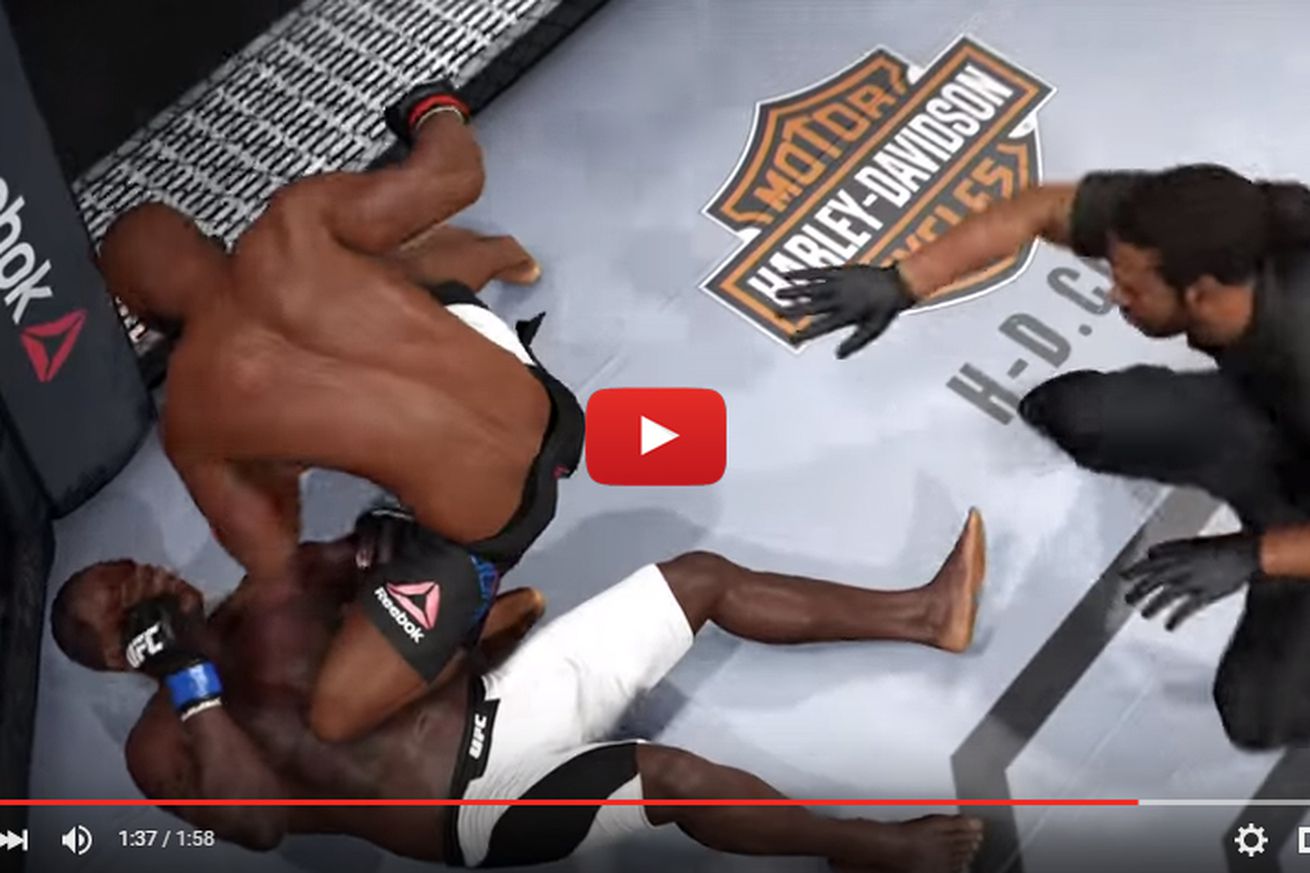 Waiting for him will be light heavyweight replacement Ovince Saint Preux (19-7) — filling in for the injured Daniel Cormier — in the five-round headliner. The winner emerges as interim 205-pound titleholder and the next man to face “DC” to unify the straps later this year.

According to the EA Sports UFC simulator, things do not end well for “OSP.”

Will life imitate art? We’ll find out this weekend in “Sin City.”

MMAmania.com will deliver LIVE round-by-round, blow-by-blow coverage of the entire UFC 197 fight card on fight night (click here), starting with the Fight Pass “Prelims” matches online, which are scheduled to begin at 6:30 p.m. ET, and then the remaining undercard balance on FOX Sports 1 at 8 p.m. ET, before the PPV main card start time at 10 p.m. ET.

To see who else is competing on Saturday night’s UFC 197 fight card click here.