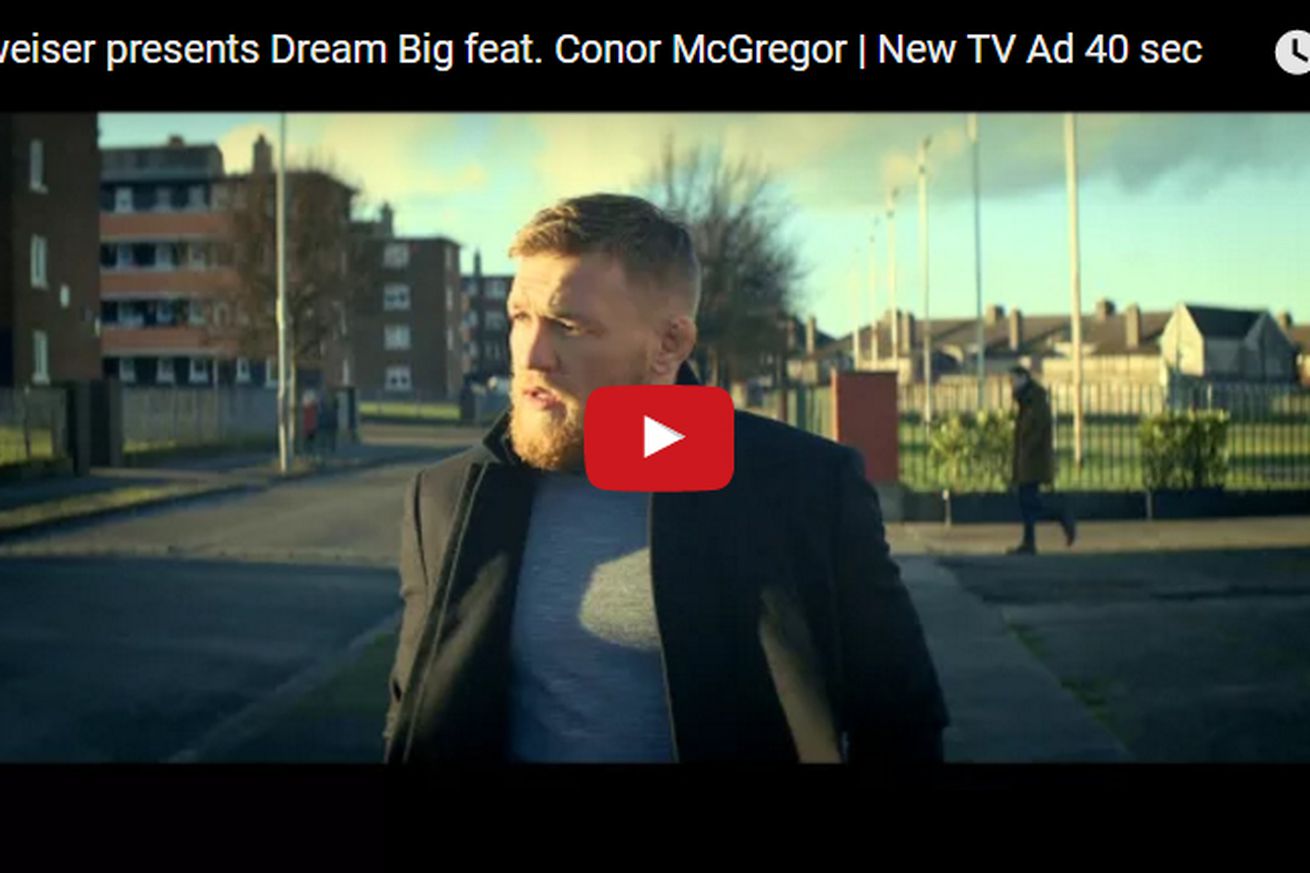 Apparently the sight of “Notorious” walking down the street and encouraging people to follow their dreams is enough to promote underage drinking. Paul Mulligan, Head of Operations for RTE Commercial Television, provided a statement to Irish Mirror:

“RTE Television received finished commercials for Copy Clearance for Budweiser featuring Conor McGregor. RTE’s Clearance Committee, who are responsible for pre-vetting all commercials planned for broadcast on our services, responded that they had concerns whether the copy was compliant with the Advertising Standards Authority for Ireland (ASAI) Code. We requested that the copy be submitted to the ASAI for a view. We had hoped we would be informed of any feedback the client may have received from the ASAI, the owner of the Code, which would confirm or allay our concerns as to whether the advertising running on a number of Television channels in Ireland breaches the Code. In the absence of that RTE, as a compliant media, has sought a view from the ASAI. That view has now been given that the advertising breaches section 9.7 of the ASAI Code. This complies with RTE’s initial view that the advertisement should not be broadcast and believes it took the correct and prudent action in not approving the commercials for broadcast on its Television services.”

It should be noted the ASAI received no formal complaints about the ad, according to the report.

McGregor, despite his high-profile defeat, is expected to return to the Octagon for the promotion’s UFC 200 pay-per-view (PPV) ….View full article