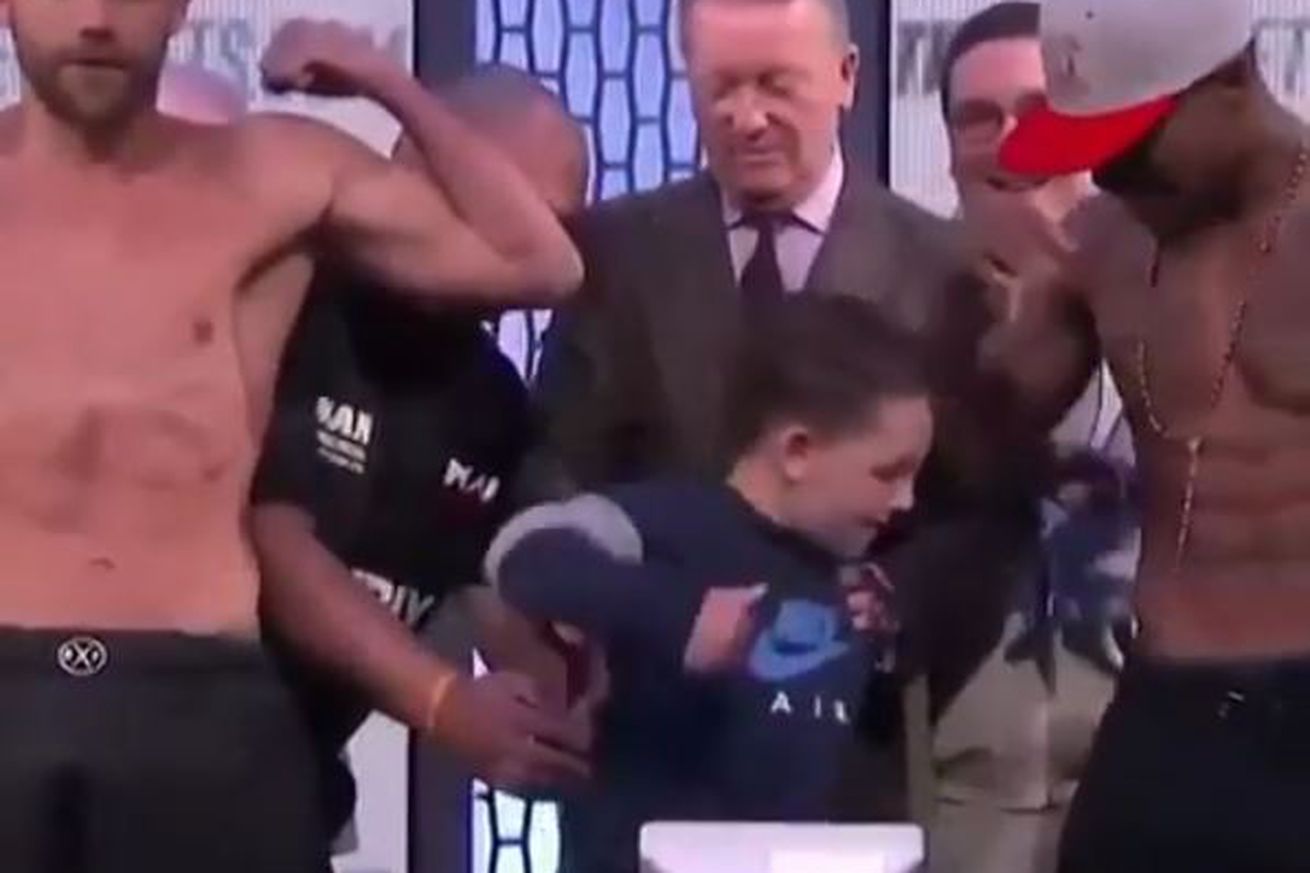 Kids do the darndest things.

On Friday, a weigh-in between WBO middleweight champion Billy Joe Saunders and Willie Monroe Jr. took a memorable turn when Saunders’s son Stevie joined the fighters on-stage. The young boy stood between the two boxers before striking Monroe between the legs twice.

UFC fighter Chris Weidman was one of many to share the clip on social media:

Wow !! My new secret weapon is I’m gonna bring my son Cj up on the stage for the weigh ins and just unleash him on my opponents private parts

Monroe issued the following response via his Instagram (h/t to Bad Left Hook):

I honestly thought people in London were cool but I’ve called a N**ger ..a wanker …a Latin F**k etc and now at the weigh ins They bring a kid on stage to punch me in the Nuts and nothing was done about it (boxing promoter Frank Warren) should be ashamed of himself

Saunders and Monroe will settle their issues in the ring on Saturday at the Copper Box Arena in London, England, presumably without any other assistance from the Saunders family this time.