Home MMA News Vitor Belfort calls out Nick Diaz: ‘It will be a good challenge’
ShareTweet 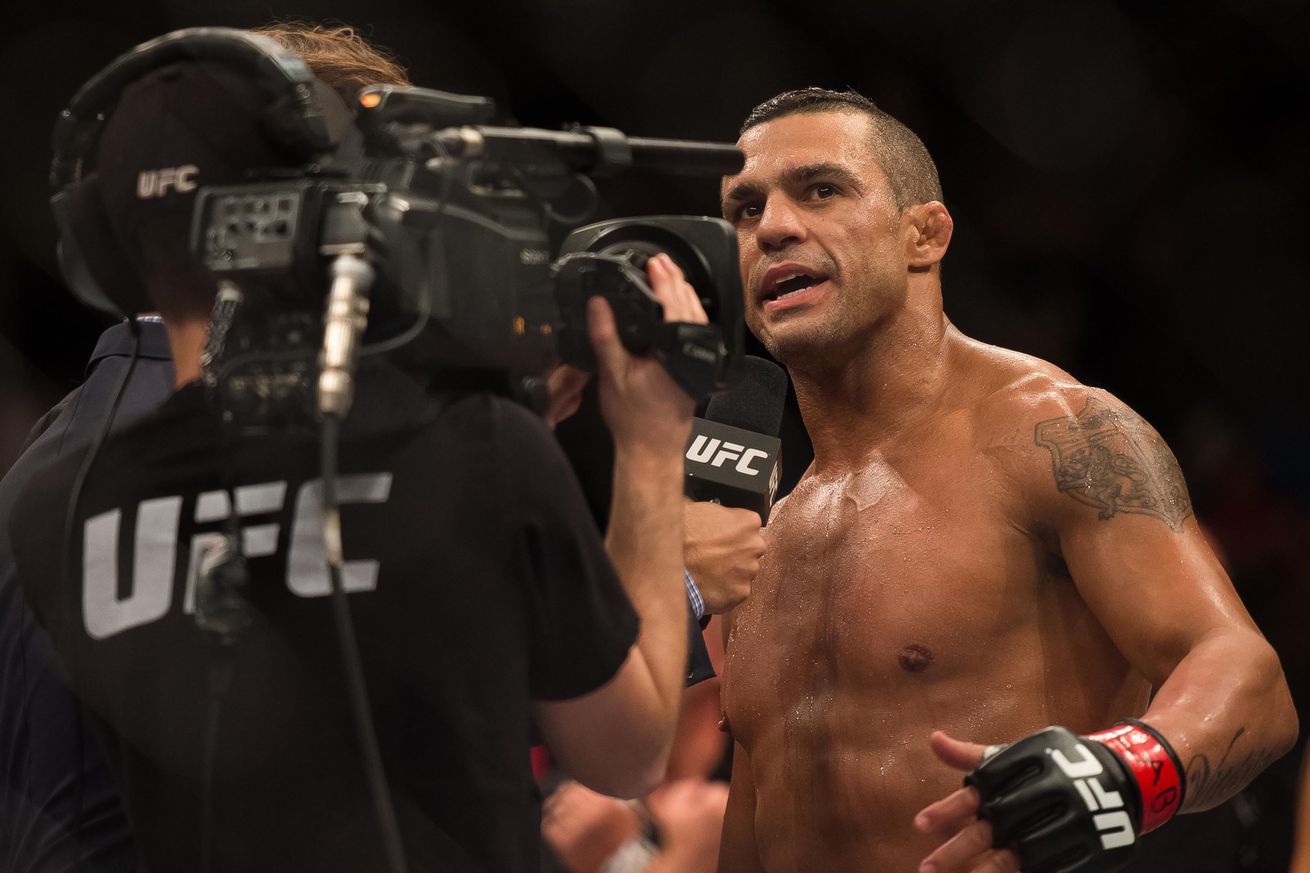 But when the Brazilian is unavailable, most top middleweights will default to Plan B, or in this case Plan D: former Strikeforce welterweight champion Nick Diaz. Like Silva, the veteran slugger can sell pay-per-view (PPV) buys and has weak takedown defense.

It should come as no surprise then, to learn that former UFC champion Vitor Belfort is also interested in banging it out with Diaz, assuming Silva is not interested in running it back in early 2017, five years after they first went to war in “Sin City.”

“I never had anything personal against Anderson,” Belfort told Brazilian TV show Giro Combate (via MMA Fighting). “Quite the opposite. That fight with me changed the history of MMA. I know how important that fight was. But it’s a fight fans absolutely wanna see.”

“Nick Diaz is a good fight,” he continued. “I would like this fight. He’s a guy with good boxing and good ground game, so it will be a good challenge.”

The real challenge is getting Diaz back into the Octagon (because of this).

Belfort (25-13) is trying to slam the brakes on his recent skid, after dropping three of his last four in the wake of his drug-testing woes. “The Phenom” turns 40 this April and the clock is definitely ticking.

But does a Diaz match up do anything for you?