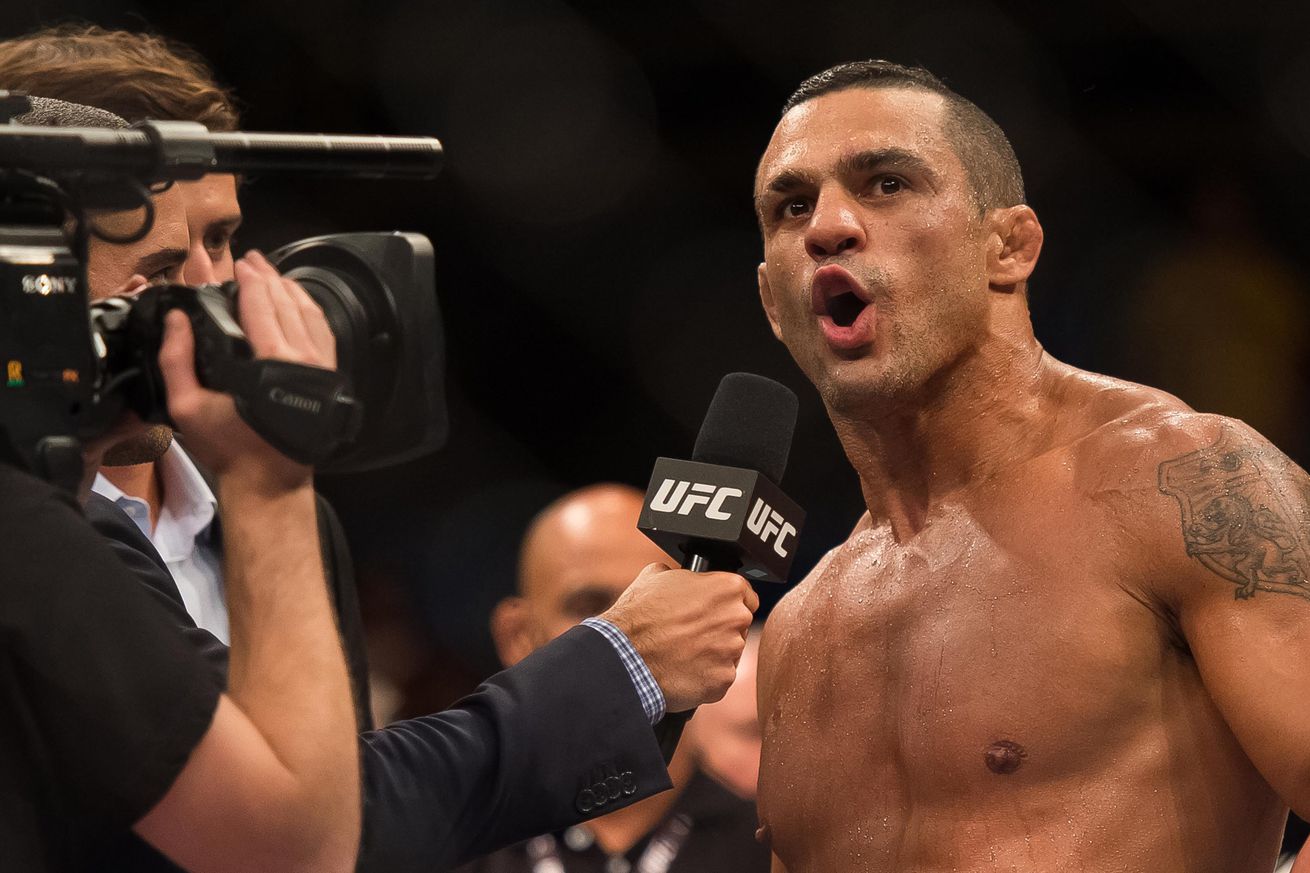 Former Ultimate Fighting Championship (UFC) champion Vitor Belfort has not abandoned his quest to get back to the 185-pound title, something that may not be too far off when you consider his previous win over reigning middleweight kingpin Luke Rockhold.

But let’s not put the cart before the horse.

In order to stay relevant in the division title hunt, he must first get past former Strikeforce titleholder Ronaldo Souza, who is not only a formidable puncher, but one of the most dangerous grapplers in all of mixed martial arts (MMA). That’s why coach Vinicio Antony has a plan.

“The point is that Vitor well-trained, well-prepared, with a perfect camp, is almost unbeatable. Planning to take him to the second round is one thing. Achieving that goal is a little more difficult. Avoid grappling and do everything possible to keep the fight standing until he connects with the right blow to decide the fight. We have a lot of respect for ‘Jacare,’ but there is one field in the game where Belfort is almost invincible. In that area, he is really superior to most opponents. He is one of the few guys in the division who is able to decide a fight with one blow.”

He’ll square off with “Jacare” in the middleweight co-main event of the upcoming UFC 198: “Werdum vs. Miocic” pay-per-view (PPV) event, scheduled for Sat., May 14, 2016 inside Arena da Baixada stadium in Curitiba, Brazil (current fight card here).

But does a win over his fellow Brazilian warrant a title shot?