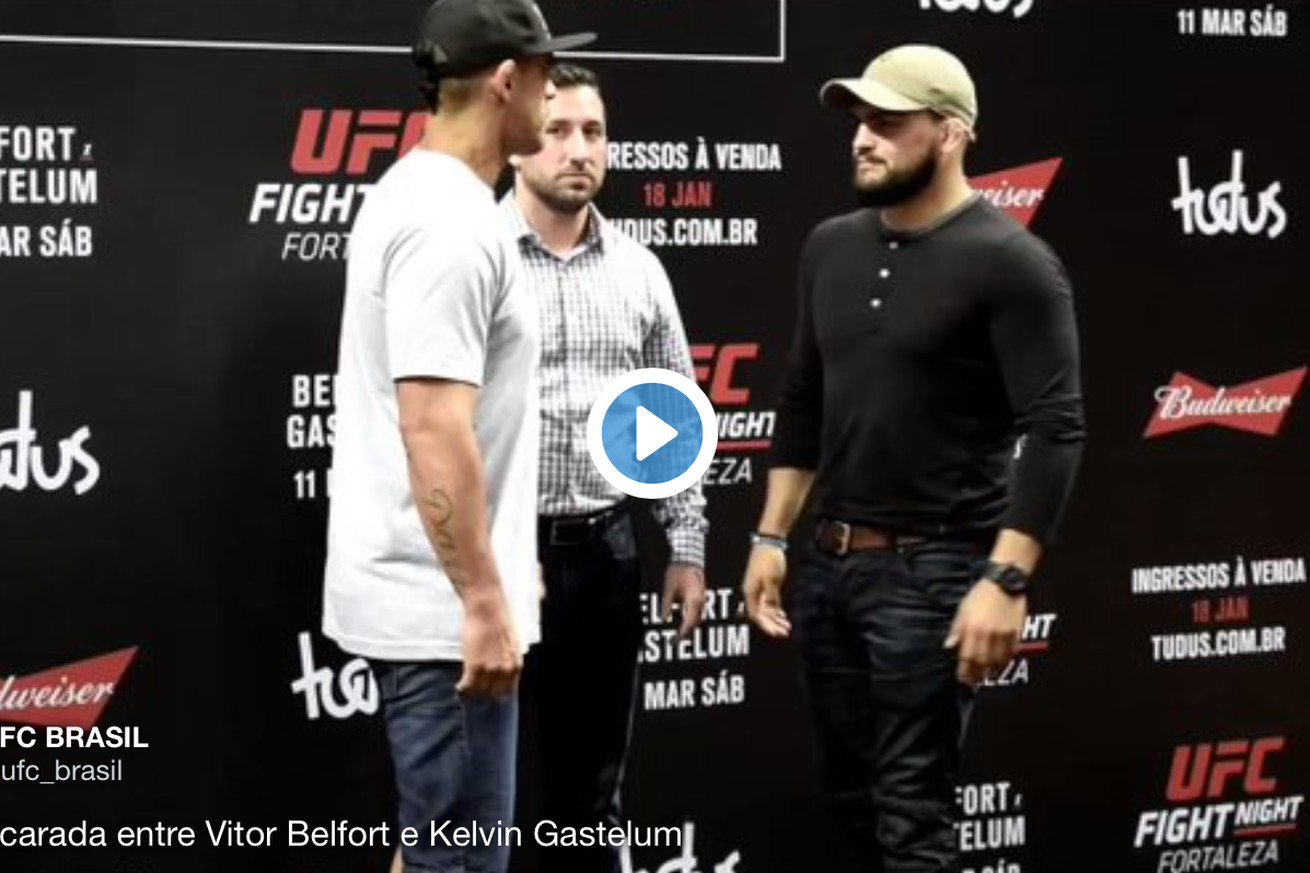 Watch them face off below:

The Ultimate Fighter (TUF) 17 winner expressed his interest in challenging “The Phenom” moments after he battered Tim Kennedy from pillar to post at UFC 206 last month (Sat., Dec. 10, 2016) en route to a super impressive knockout win (watch highlights here). Gastelum also claimed that he would eventually return to the Welterweight division, even though he has a terrible history when it comes to making the 170-pound limit.

Belfort has been a perennial 185-pound title contender for years, challenging for the belt (albeit unsuccessfully) against Anderson Silva at UFC 128 and then Chris Weidman at UFC 187. However, the former Light Heavyweight champion has dropped back-to-back fights opposite Ronaldo Souza at UFC 198 and Gegard Mousasi at UFC 204, which has all but erased him from the Middleweight contender conversation.

In fact, Belfort, 39, even hinted at retirement after Mousasi steamrolled him several months ago before clarifying that he was not done quite yet.

Much more still to come on this Brazilian fight card in the weeks to come.