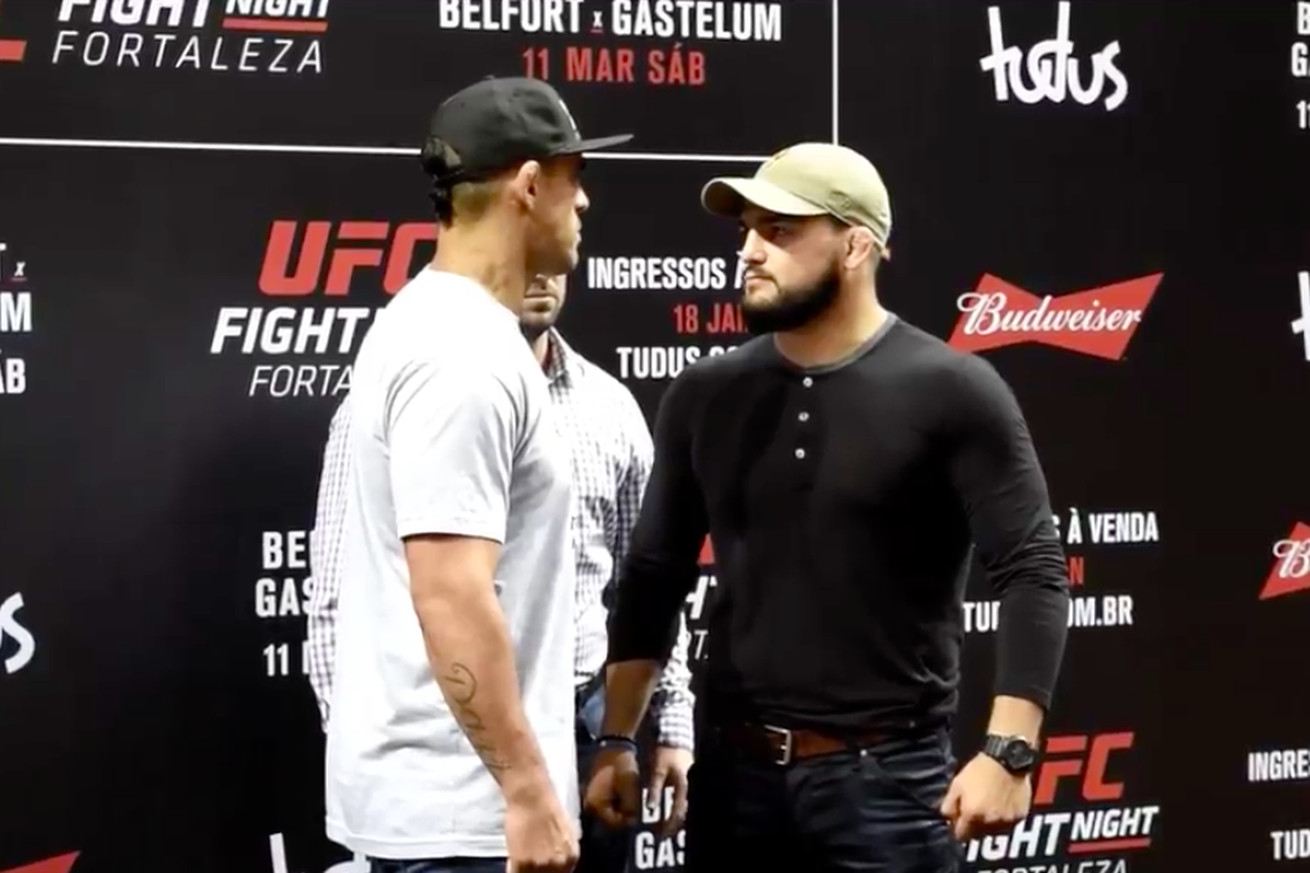 Vitor Belfort and Kelvin Gastelum faced off Tuesday in Fortaleza, Brazil, ahead of their five-round middleweight bout at UFC Fight Night 107.

Belfort (25-13) looks to bounce back from losses to Ronaldo Souza and Gegard Mousasi, marking the first time “The Phenom” has lost two in a row since 2005. Gastelum (14-2) looks to extend his UFC record to 9-2 following wins over Johny Hendricks and Tim Kennedy.