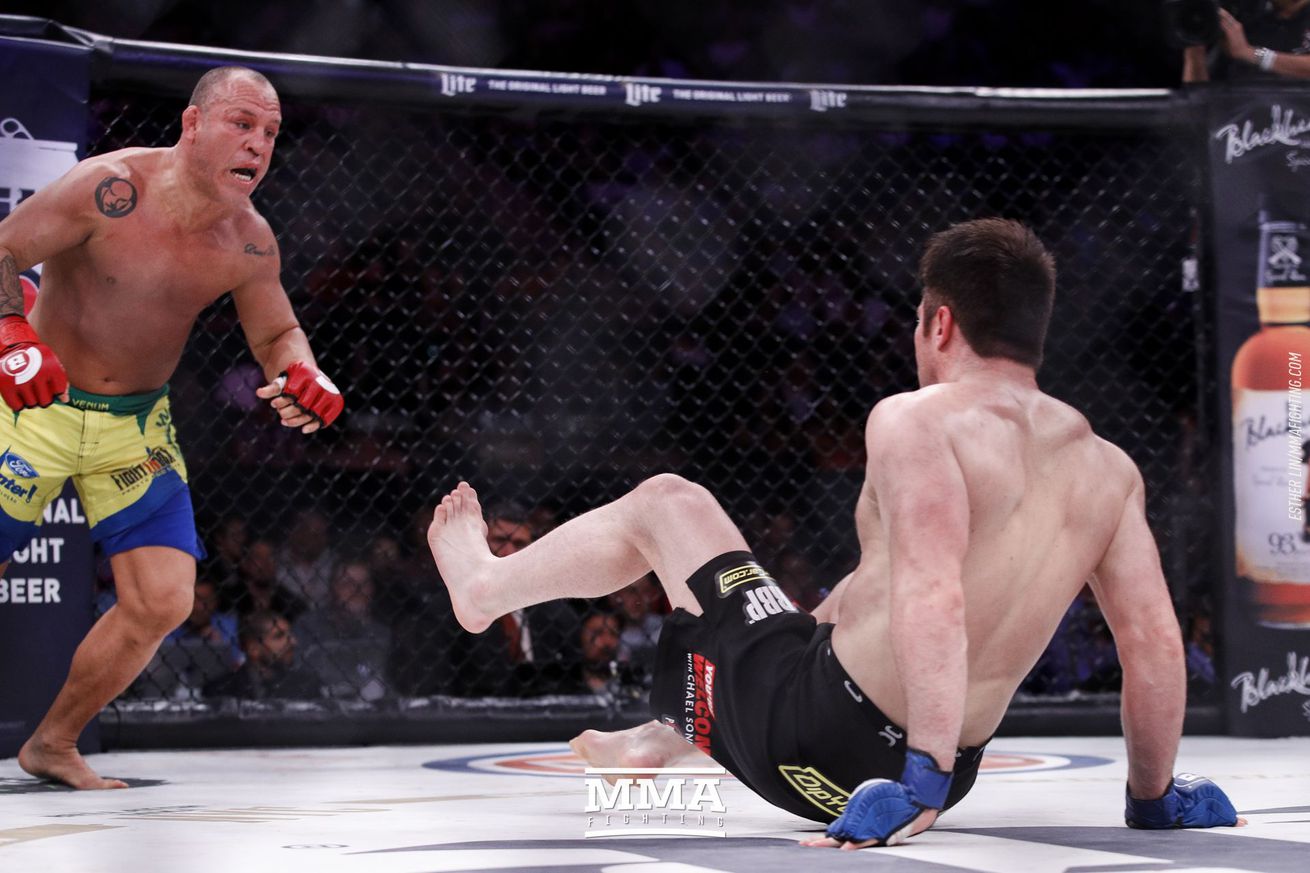 The Brazilian veteran was returning to a cage for the first time since 2013 win over Brian Stann in the UFC, finally getting a chance to meet his longtime rival Chael Sonnen at Madison Square Garden, but “The Axe Murderer” had no answer for Sonnen’s takedowns on Saturday night.

The Brazilian dropped Sonnen in the first round and rocked him again in the second round, but couldn’t get close to the finish. After the fight, Silva released a statement on his social media about the defeat in his return to competition.

“(I) fought a good fight, gave my best, and appreciate everyone’s support,” Silva wrote. “I have to train more takedown defense, I know. The best moment of the fight was mine, he just kept grabbing me, but it’s ok… on to the next one!

“I’m happy to be back and feel the taste of entering the ring, and even better to feel that you are with me! I’ll train more jiu-jitsu and wrestling and come back as soon as possible! On to the next one! Listening our national anthem was emotional for me. Love you, Brazil.”

We trained hard for five months based on Sonnen’s game, takedowns and working on top, scoring points and holding on until it’s over to guarantee the rounds, and that’s the fight we expected from him. We had a strategy for that, with sprawl, knees, takedown defense, head kick, front kick, distance… We worked on everything we had to. The camp was based on Sonnen going for the takedown against Wanderlei like he always fights, and he wouldn’t do anything different this time.

Unfortunately, we couldn’t impose our strategy, and (Sonnen) did. That’s MMA, whoever gets first, takes it. When Wanderlei was able to use his striking, he knocked Sonnen down, came close to winning twice, with the guillotine and the knockdown. He rocked him twice. Wanderlei has great power in his hands.

I’m upset and happy at the same time. I’m upset with the loss, but happy because Wanderlei is back, back to fight rhythm, and that’s important. He haven’t fought in four years, that’s not easy. When you’re away for so long it plays against you, athletes know when I’m talking about. We trained hard to compensate that.

I’m seeing people on social media asking why Wanderlei didn’t get back up. It’s not like that. Sonnen is good in this area. He does that well. It’s not that simple to go for an armbar or triangle, foot to the hip to sweep or get back up with someone punching you in the face, especially someone that knows what he has to do to keep you there. Unfortunately, Sonnen’s merits, he fought his fight. That’s his kind of fight, and Wanderlei almost finished him twice. I’m sure that this fight demanded a lot from Wanderlei in terms of head, cardio and strength. He survived on the ground, he wasn’t submitted. On to the next one now.

Let’s see who’s the next opponent. Everybody learns, every fight teaches you something new. You have to evolve. Wanderlei has a lot of fire in him, there are great opponents for him to face and put on great fights for the fans. Next time we’ll go for the knockout to give fans this present.

Silva, a former PRIDE champion, now holds a 35-13-1 record with one no-contest, continuing to bounce between wins and losses since the end of the Japanese promotion. Sonnen, on the other hand, improves to 29-15-1 with his first victory under the Bellator banner.