Home MMA News Wanderlei Silva fires back at Chael Sonnen, wants to punch him in the face
ShareTweet 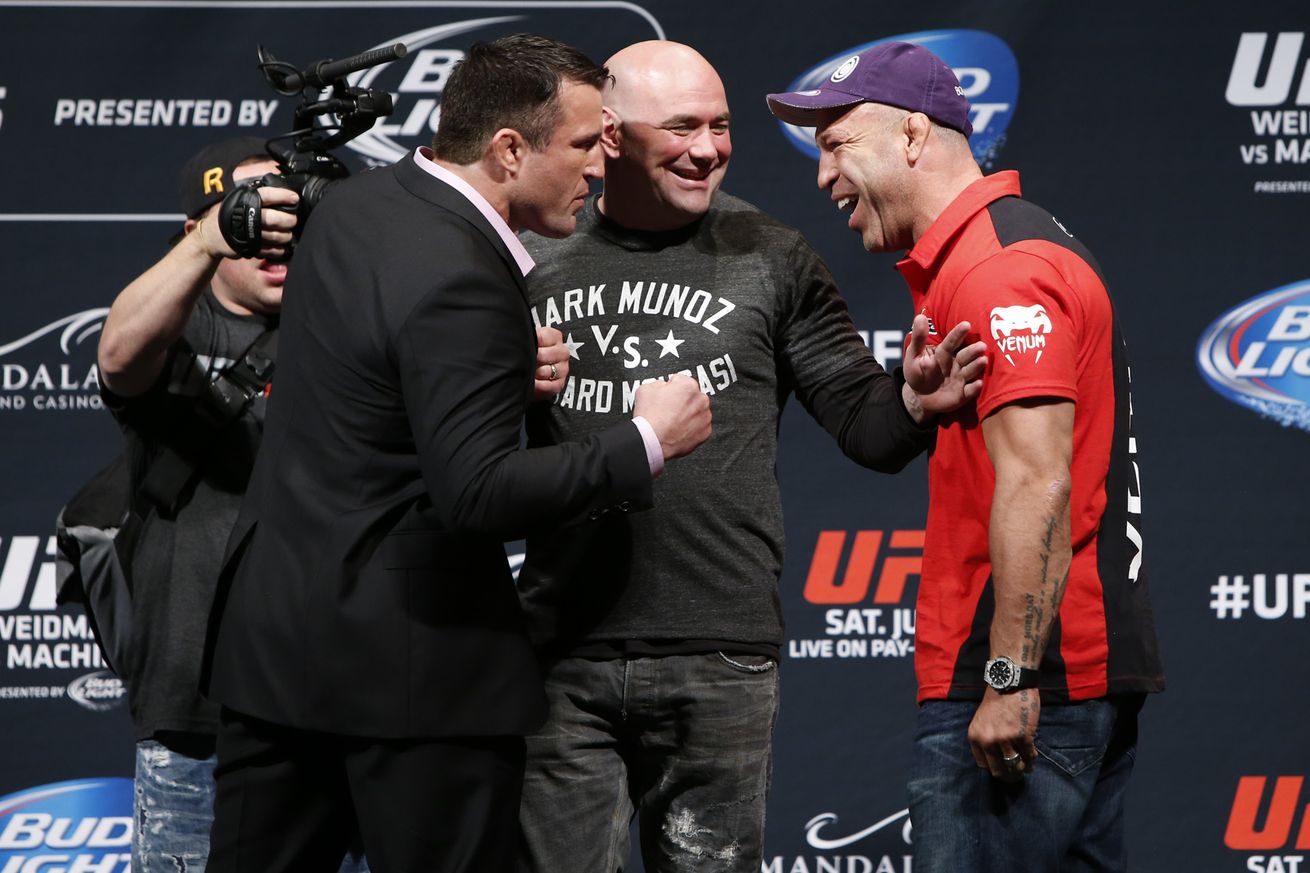 Chael Sonnen claims that he saved TUF Brazil 3 by showing Wanderlei Silva his bank account, and the Brazilian veteran quickly denied his story.

Sonnen told Ariel Helwani on Monday’s edition of The MMA Hour that Silva decided to continue taping the reality show in 2014 after seeing how much money he made with fighting, and “The Axe Murderer” posted a video on his Facebook saying that his coach Rafael Cordeiro was the one that convinced him to return to the TUF gym.

“There was a report this week about my archrival Sonnen telling stories from TUF, telling lies. He’s unbelievable,” Silva said. “He comes here and tells a story that didn’t happen. When the show started, my first act was to tell him ‘turn to the camera and apologize for everything you said about this country or I won’t work with you’. And he said ‘I won’t apologize, I really think this is a sh—y country, and I won’t apologize’.

“I left, and started talking to the production when my coach, Rafael Cordeiro, came to me and said: ‘Wanderlei, here’s the deal, you will be able to answer this guy the way you like, inside the rind. You will beat him up. Go back and do the show not for him, but for the athletes’. I respect my master, and I said ‘master, you’re right’. And he comes and says he showed me his bank account. What is this?”

Silva, who recently signed with Bellator MMA and Rizin Fighting Federation, will have to delay his return after suffering an accident in Curitiba. Currently suspended by the Nevada Athletic Commission, the veteran is open to fighting Sonnen under any rule set that involves punches.