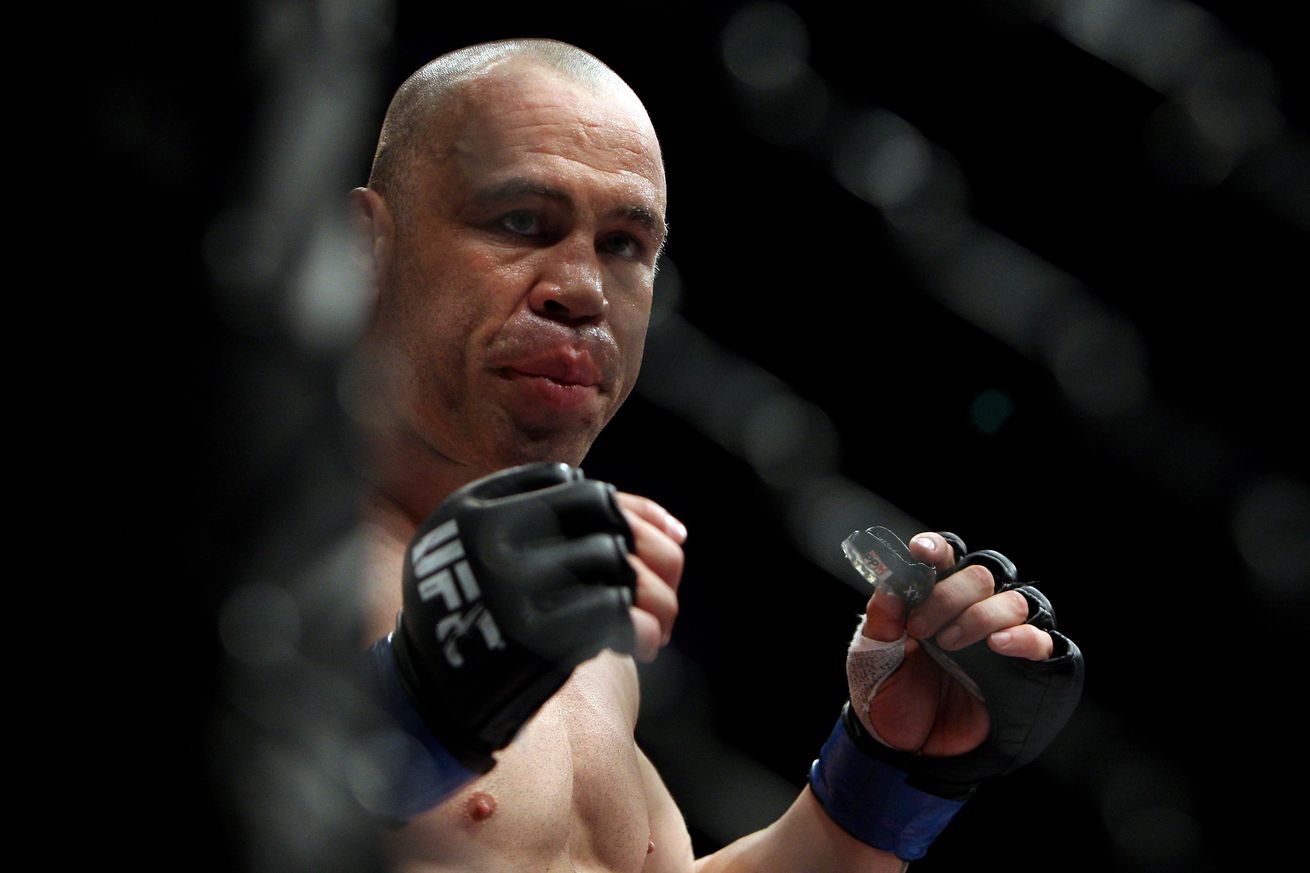 Forgive and forget? Pfffft … not a chance.

“The Axe Murderer” tried to settle their score on FOX Sports 1; however, their impromptu street fight (watch it) was interrupted by do-gooders with no appreciation for scripted television.

Fast forward to 2017 and we could finally have “Silva vs. Sonnen” inside the cage, thanks to Bellator head cheese Scott Coker. The former Strikeforce CEO was able to ink separate deals with both combatants after they parted ways with their former employer.

“Since Bellator contracted Chael Sonnen, believe me, we’ve been getting texts and calls from Wanderlei saying that he wants that fight. So, I think you’ll see that fight some time in 2017 for Bellator. Wanderlei is still pissed about what happened between them and he wants that fight. It’s something personal for him. Honestly, I don’t really know what happened to make him that compelled to fight Chael, but I can tell you that he is not happy with what happened between them. That’s going to be a fight where everybody stops whatever they’re doing to turn on the TV to see the fight. As we all know, that fight has been building for a number of years and they couldn’t work it out, but now I feel the timing is perfect.”

Silva (35-12-1, 1 NC) still has to finish up his duties for RIZIN Fighting Federation in Japan. The Brazilian is scheduled to complete his trilogy with Mirko Filipovic in December, as part of the promotion’s open-weight grand prix tournament.