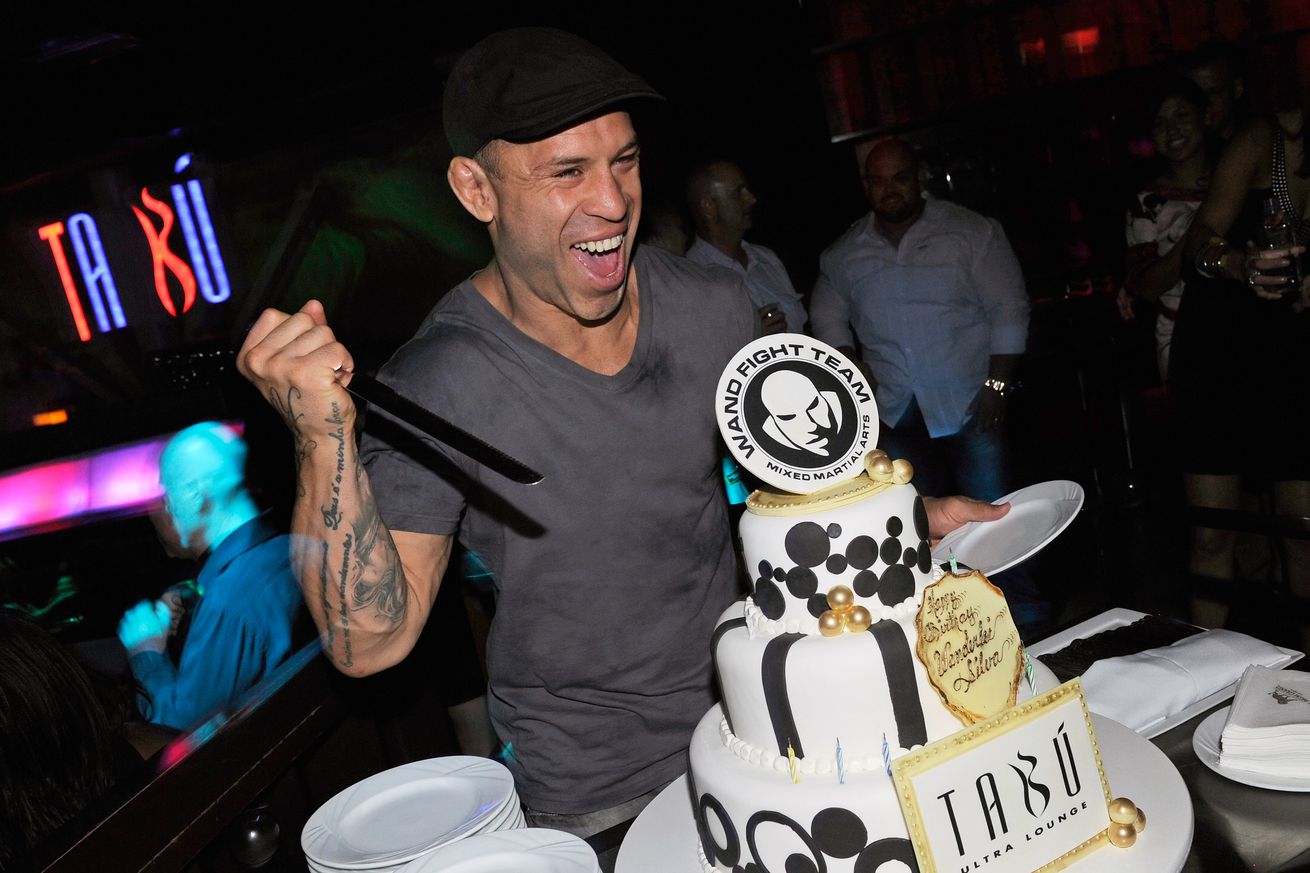 I know it might sound strange to celebrate a three-year disciplinary suspension, but for Wanderlei Silva, it’s probably not as bad as it sounds.

“The Axe Murderer” was suspended for life back in 2014 after he fled the scene of a pre-fight drug test, but was able to get that sentence overturned by a district court judge the following year. The result was an oft-delayed re-hearing that finally went down earlier today (Weds., Feb. 17, 2016) in Las Vegas.

Working in the Brazilian’s favor is the fact that his suspension is retroactive to 2014, so we could be roughly a year away from his return to mixed martial arts (MMA). Whether that’s for Bellator MMA or another promotion following Silva’s UFC release remains to be seen.

It should also be noted that a negative drug test will be required before Silva can step foot inside a cage.

In addition, attorney Ross Goodman — who originally asked the commission for a two-year sit — can still appeal this latest suspension, though it may be more cost effective for Silva to run out the clock. That would make him 40 years old if and when he returns to MMA.

For more on Silva’s ongoing drama with NSAC click here.