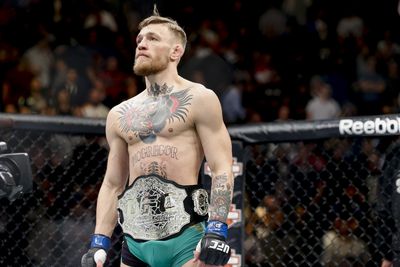 Conor McGregor stopped Jose Aldo in 13 seconds to become the new undisputed UFC featherweight champion, but a former MMA champion is still upset with him.

Wanderlei Silva, an ex-PRIDE middleweight champion and former UFC title contender, posted a video on his Facebook asking for an immediate rematch between Aldo and McGregor, and threatening to slap “The Notorious” in the face for his recent comments about Jesus.

“Me versus Jesus in the Octagon? I tell you what, there’s not a man alive that can beat me,” McGregor told TMZ before UFC 194. “But Jesus ain’t alive so I don’t f—ing know. Maybe he can come back from the dead, I don’t know. I’d still whoop his ass.”

“And this promotion, if they don’t give (Aldo) the immediate rematch, we will criticize them,” Silva said. “How? Everybody saw it was an accident, this a–hole was lucky. And when I meet this guy, for everything he said about Jesus, I will slap this motherf–ker in the face. You can’t do that. You can’t play with our God. When I meet you, raise your hand because you’re getting slapped in the face, you punk.”

Upset with all the criticism Aldo has received following his first loss in 10 years, “The Axe Murderer” offered his support.

“I’m here to support one of the greatest champions, our greatest champion, Jose Aldo,” he said. “You continue to be our great champion. Wanderlei Silva continues to be your fan. I like you, I know what you can do, and I know you know that too. That has happened to be too, I’ve been through a moment like this you’re going through now.

“I’ll tell you this: it hurts. It hurts. A warrior feels this pain with the loss. I know you will walk through this and show you ….View full article