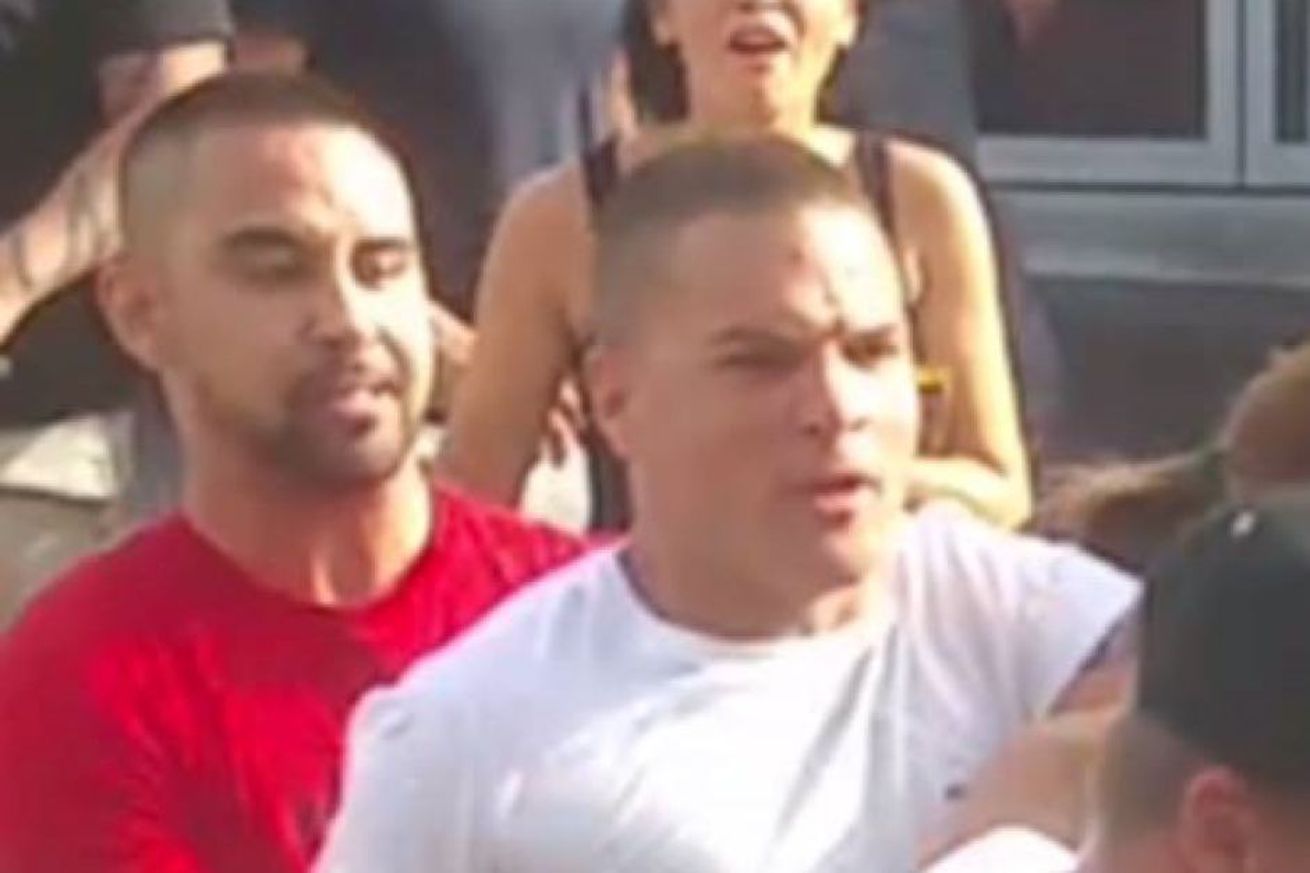 Holy shit, how did Firas Zahabi and Nate Diaz get to Australia so quickly after UFC 196?

Authorities are on the hunt for two men involved in last weekend’s massive fan brawl, which took place outside the Ritz Hotel in Hurstville, Sydney, Australia.

The melee started when two parties got into a heated argument over a judges’ decision at the “McGregor vs. Diaz” pay-per-view (PPV) event, held last Saturday night (March 5, 2016) inside MGM Grand Garden Arena in Las Vegas, Nevada.

Who knew Tom Lawlor had so many fans in the Outback?

“If anyone has information they are urged to contact St. George Detectives on 8566 7499 or Crime Stoppers,” Detective Inspector Paul Simpkins told ABC.

The uproar left one participant hospitalized with a fractured eye socket, while another was arrested for profanity. That’s good to know, as I will now scrub N.W.A. from my playlist for my next trip “Down Under.”