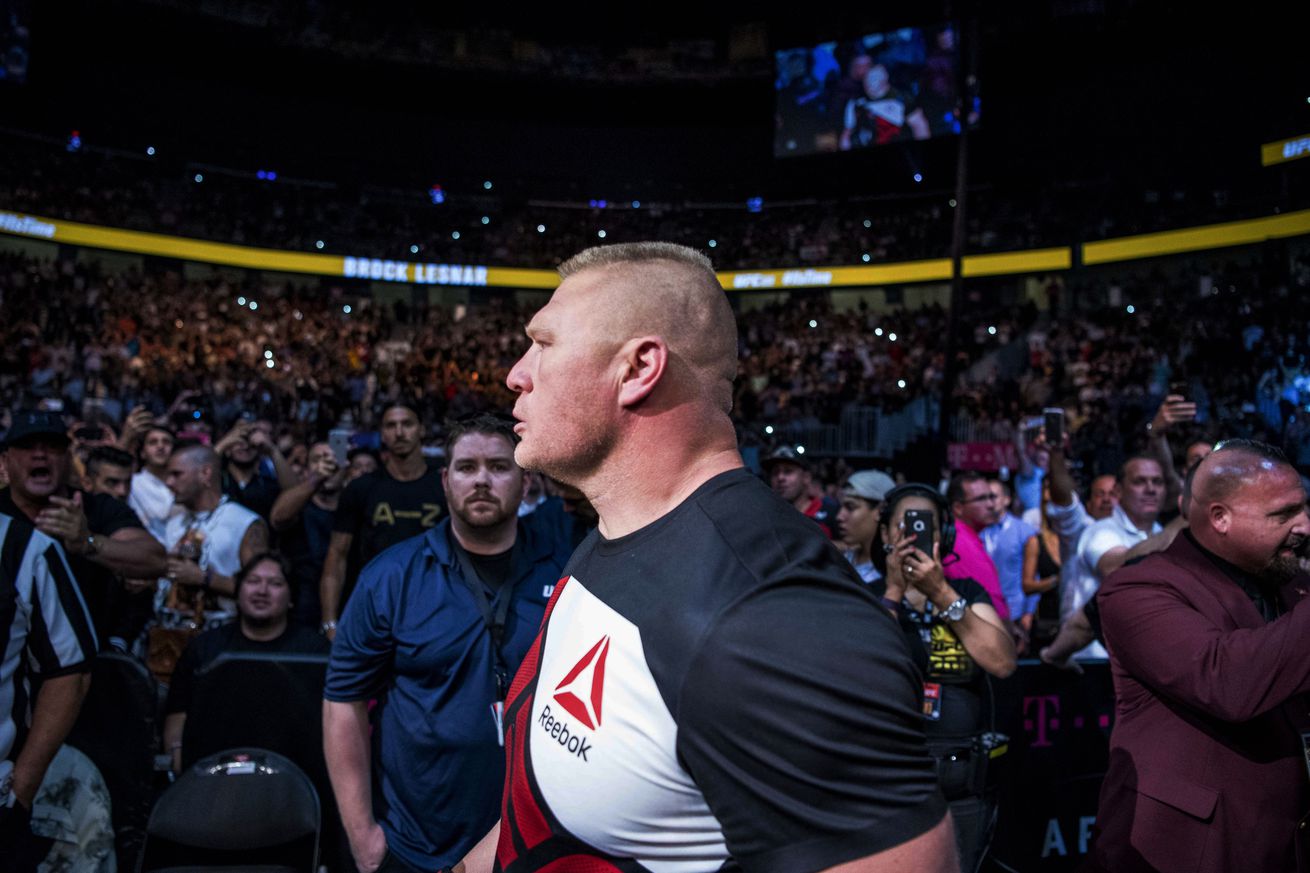 If you thought Brock Lesnar’s confidence was high before making his long-awaited return to the Octagon against Mark Hunt at UFC 200 on Sat., July 9, 2016, it went through the roof after dominating “Super Samoan” in “Sin City.”

And though he hasn’t ruled out a return to the Octagon, seeing as how he has commitments with WWE, “Beast Incarnate” proved he has what it takes to hang with the big boys of UFC once again after a five-year layoff.

And when you’re Lesnar, you don’t sit around to wait to see if a question is coming your way among the rest of the competitor’s, you have your very own presser. Brock held court during a solo Q&A with media after his huge win and talked about his victory, his fighting future and his next career step.

For your viewing pleasure, Submisson Radio provide us with the embedded video above, while Cage Side Seats did all of the transcribing below:

On potentially fighting again in the UFC:

“Well, let’s get one thing clear: Brock Lesnar does what Brock Lesnar wants to do. I believe that my future is already laid out for the next month, I’m doing SummerSlam against Randy Orton. Once the dust settles there I don’t know what I’m going to do. I had one hell of a time tonight and I enjoyed myself. We’ll see what happens. I don’t know. It’s really way too soon, guys, I have no idea.”

Did he feel like he took Hunt’s best shots and did Hunt ever have him rocked at any point:

“No, I wasn’t rocked. I don’t know if they were his best shots or not. I felt ‘em. The mystery is gone, ….View full article