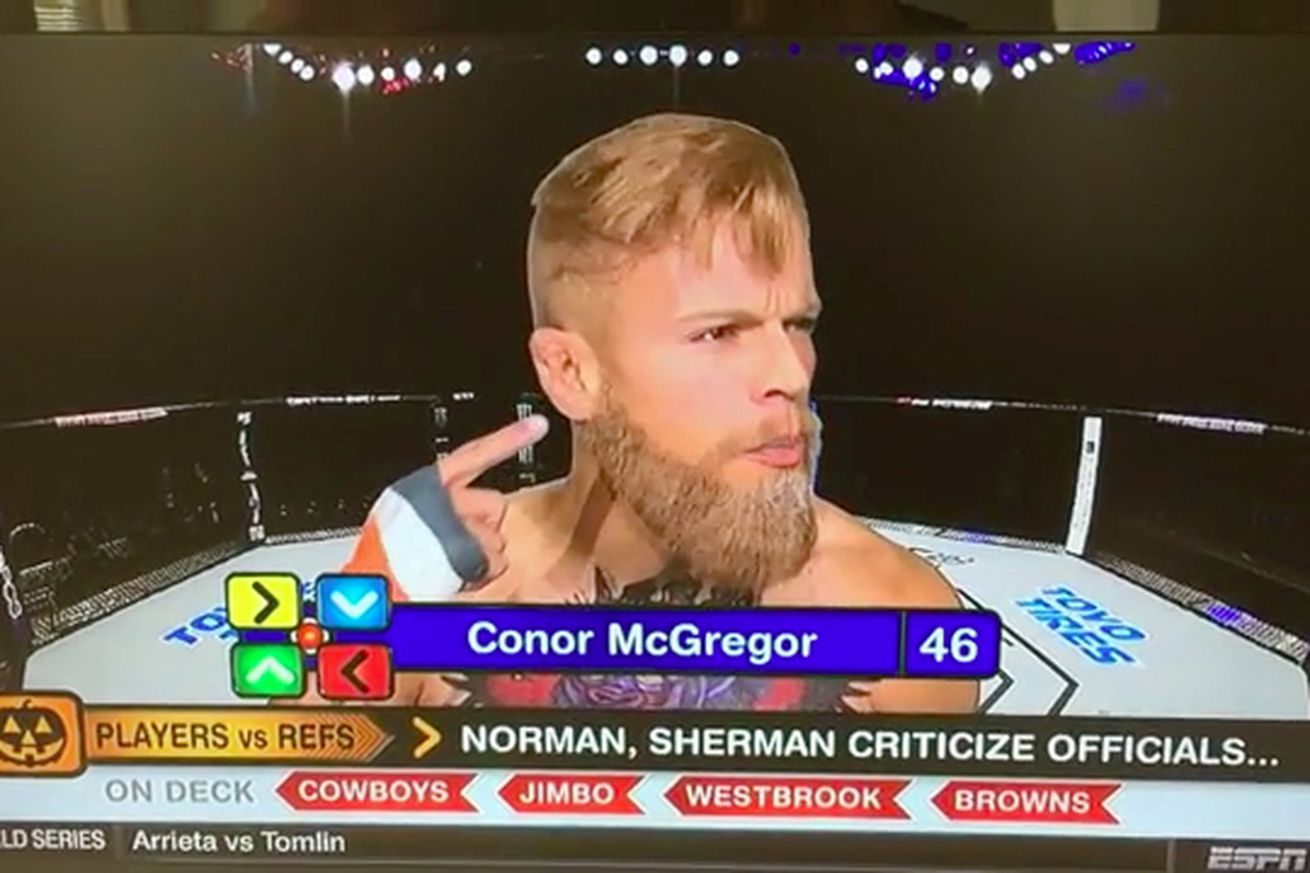 It’s Halloween 2016, so everyone is out and about getting tasty treats and dressing up as their favorite super hero, fictional character, witch … you name it. In fact, some of today’s biggest mixed martial arts (MMA) fighters and personalities dressed up in their most creative costumes, which you can see here. But, ESPN reporter Israel Gutierrez may have stolen the show, dressing up as none other that current Ultimate Fighting championship (UFC) Featherweight champion Conor McGregor on “Around the Horn.” And it’s a pretty damn good impersonation … water bottle and all. The real McGregor, of course, is scheduled to battle Lightweight champion Eddie Alvarez in the main event of UFC 205, which takes place inside Madison Square Garden in New York, N.Y., on Nov. 12, 2016.