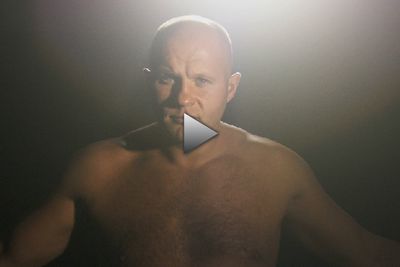 We’re a little over two weeks away from the return of Fedor Emelianenko, who cut his retirement short earlier this year to hook up with his old PRIDE Fighting Championship buddy Nobuyuki Sakakibara. To help get fight fans prepared for the “Return of the Last Emperor,” Spike TV released a special video preview special.

From the network’s official description:

Before the return of the greatest heavyweight champion in the history of Mixed Martial Arts, Spike takes an in-depth look at his life and explores the motivations and mystique of the man who is already legend, the one and only Fedor Emelianenko.

Emelianenko will make his return against an opponent to be named at the upcoming Rizin World Grand Prix airing on Spike TV on Thurs., Dec. 31, 2015 at a special time of 10 a.m. ET, from inside his old stomping grounds of Saitama Super Arena in Saitama, Japan.

For much more on the New Year’s Eve Rizin show click here.