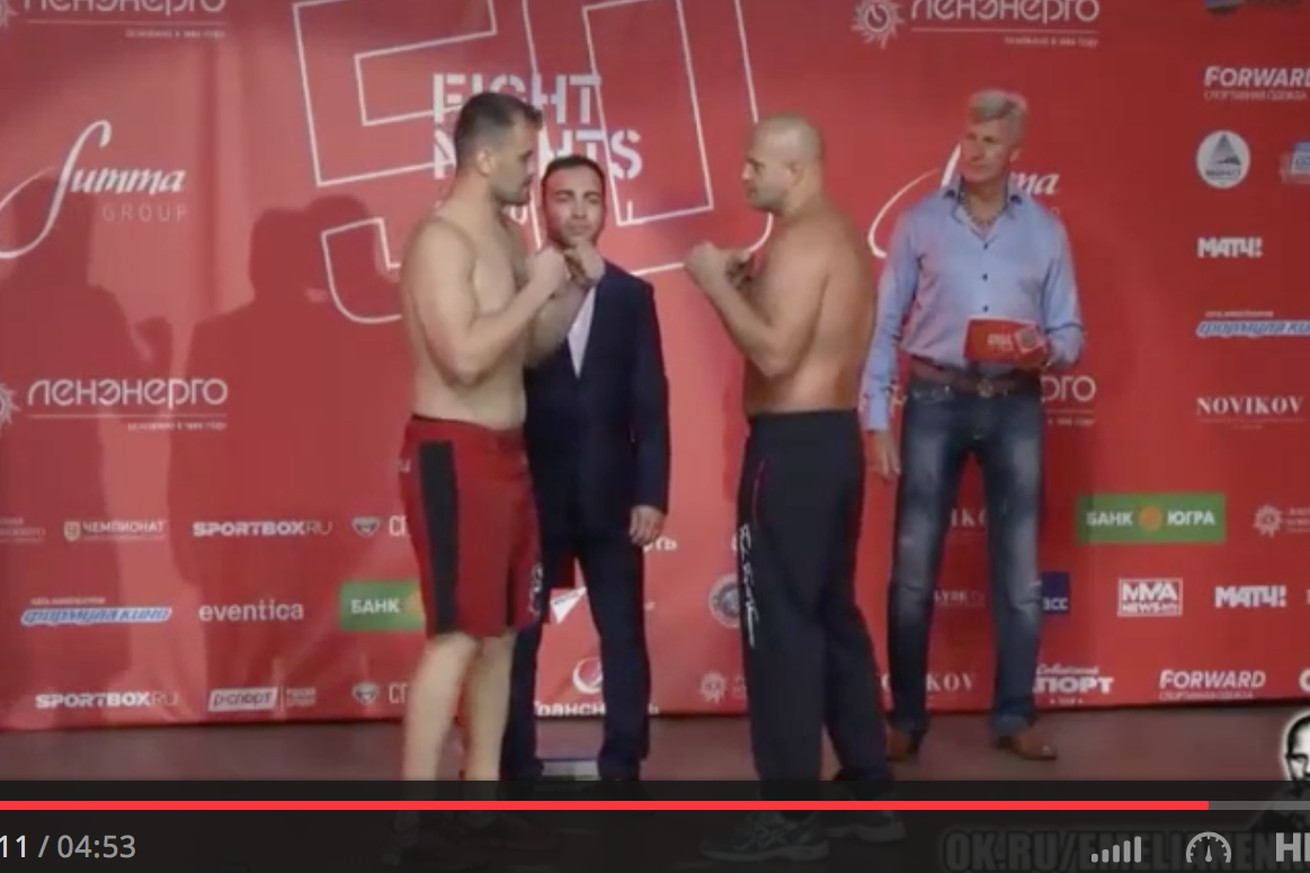 Emelianenko (35-4, 1 NC) was last seen beating the stuffing out of kickboxing import Jaideep Singh, who was propped up and put down at the inaugural Rizin event to kick off the New Year. It was the former PRIDE FC champ’s first bout in over three years after his short-lived retirement.

As for Maldonado (22-9), he’s been kicking the crap out of regional boxers while waiting for his next MMA assignment (sample here). The Brazilian was relieved of his ZUFFA duties after coughing up consecutive losses to Quinton Jackson and Corey Anderson.

Watch them face off to make it official in the embedded video player above (or below) and be sure to check back tomorrow for full results of their main event contest.