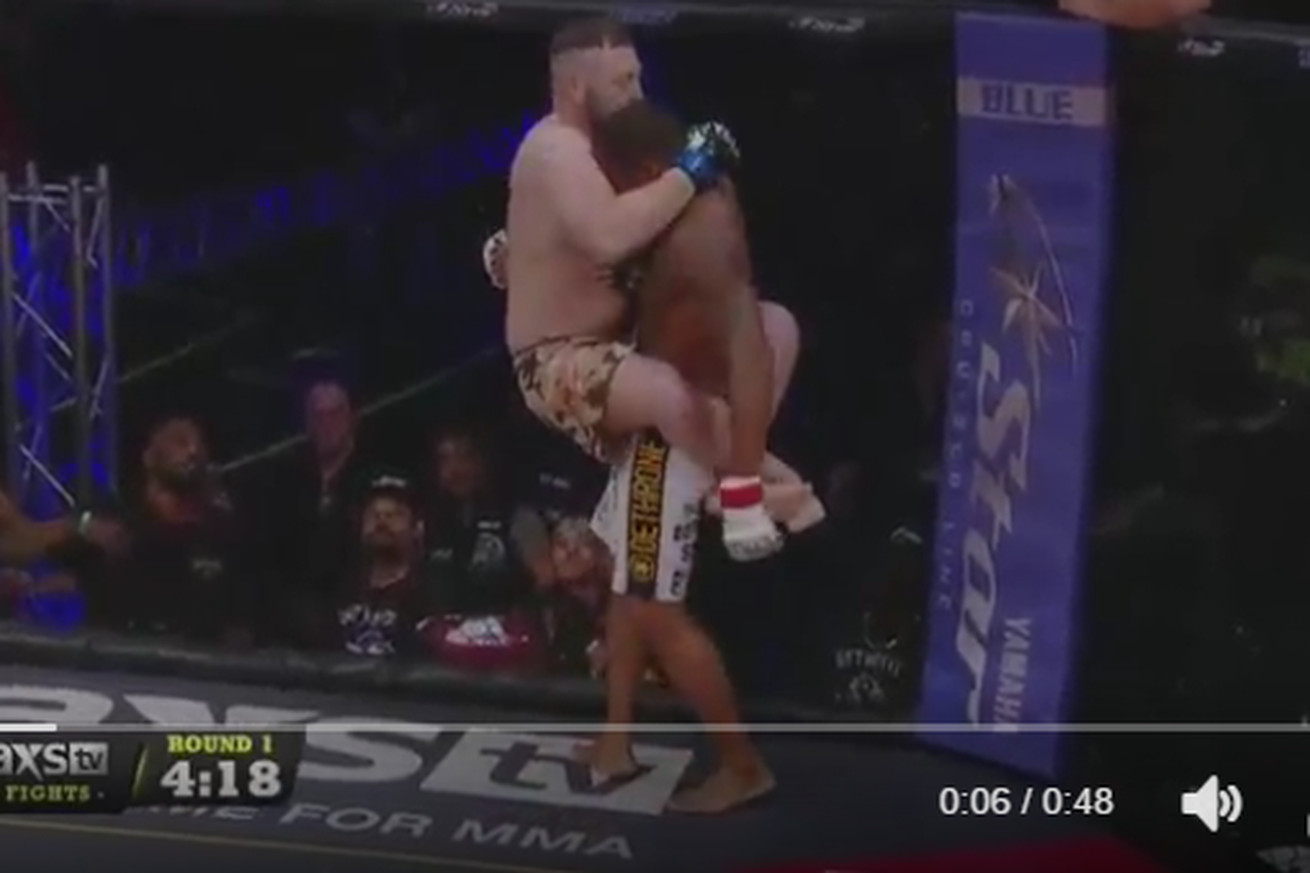 Is there anything more spectacular than a knockout in mixed martial arts (MMA)? Probably not, especially when it involves a fighter slamming an opponent to the canvas like The Undertaker powerbombing helpless foe through stacked tables. Well, that’s exactly what former Ultimate Fighting Championship (UFC) veteran Gerald Harris did yesterday (Fri., Dec. 2, 2016) against Aaron Cobb at Legacy FC 63 from Tulsa, Okla., recording this ridiculous first-round knockout slam (shown above).

Harris, 37, was fighting for the first time since defeating Jorge Santiago back in 2013. While Cobb came in 50 pounds overweight, Harris didn’t seem fazed when slamming the heavyweight into oblivion. It’s not like Cobb was a destroyer at 6-3, but it’s still nice to know that raw power can dictate the outcome of a fight.

This knockout finish will certainly be overshadowed by more high-profile stoppages in other MMA promotions, like UFC, but it surely stands out. Quinton Jackson would be proud.