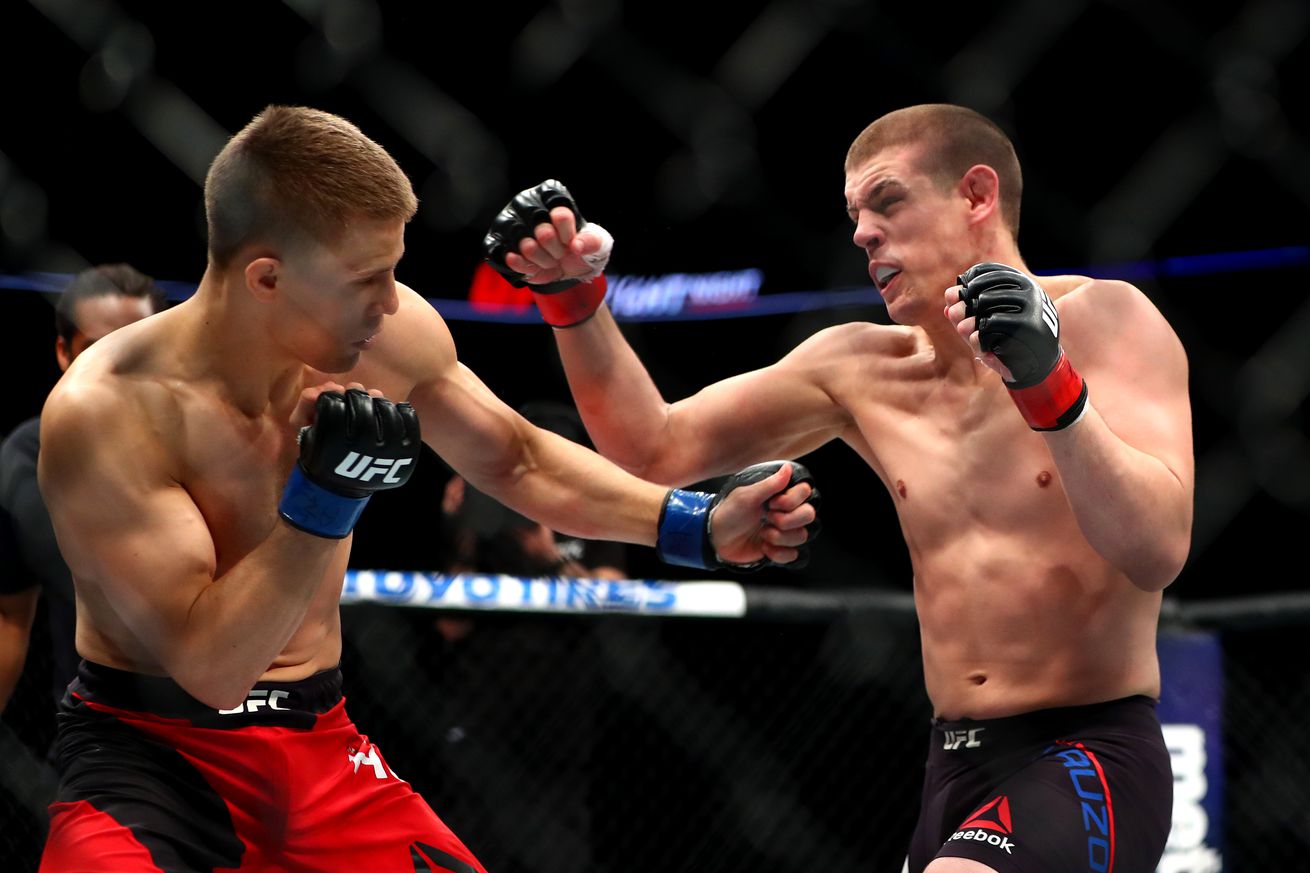 Joe Lauzon and Marcin Held threw down in the co-main event of UFC Fight Night 103 — which went down tonight (Sun., Jan. 15, 2017) inside Talking Stick Resort Arena in Phoenix, Arizona — and it took all three rounds to determine a winner.

Lauzon was the aggressor early, looking to put the striking pressure on Held from the jump. But, Marcin stayed composed and managed to get the bout to the ground on a few occasions, though some say wouldn’t be the best option against a submission specialist like “J-Lau.”

That didn’t deter Held from taking the longtime veteran down repeatedly. Lauzon nearly locked in a fight-ending armbar in round two, but Held once again kept his cool, fighting his way out.

In round three, both men were visibly tired, as the strikes had less pop to the, and the takedown attempts were plentiful. In the end, the Octagon-side judges scored the bout in favor of Lauzon, who didn’t agree with the decision, saying he felt Held should’ve been awarded the win.

Nevertheless, Held is now 0-2 to begin his UFC career, while Joe picks up an all-important win after he felt he “got screwed” in his last fight against Jim Miller.