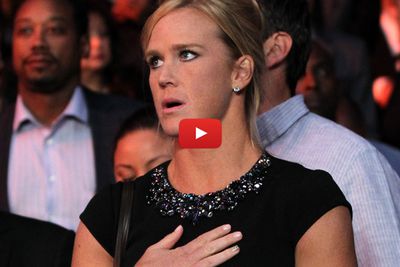 The new women’s bantamweight titleholder of Ultimate Fighting Championship (UFC) will be fielding questions from fight fans in attendance in Las Vegas, Nevada, later this afternoon at 4 p.m. ET, just ahead of the UFC 194 weigh in event (watch that here).

“The Preacher’s Daughter” wrecked “Rowdy” in their UFC 193 headliner back in November, battering the Judo specialist on the feet for the entirety of their six-minute exchange inside Etihad Stadium.

Holm has been on a roll with the media appearances and promotional obligations lately, which are likely to carry over into the new year when she faces either Rousey, or former 135-pound title challenger Miesha Tate, in her first title defense.