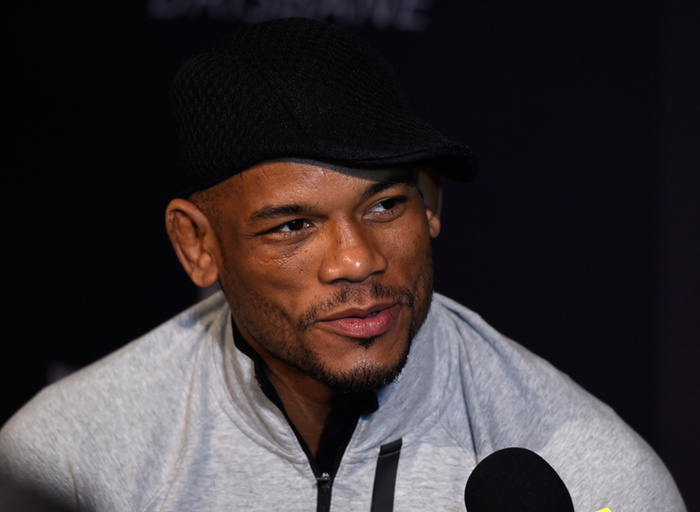 It’s an unfortunate truth, but a truth all the same: Hector Lombard’s UFC career has been a flop. Barring a few brilliant moments, his time on the sport’s biggest stage has been a downright disappointment.

First, he lost a slow split decision to Tim Boetsch in his UFC debut, letting a massive, 24-fight unbeaten streak slip away in the process. Next, he returned to form with a blistering knockout of Rousimar Palhares, only to come up short yet again, giving up a forgettable decision to Japanese veteran Yushin Okami.

From there, Lombard looked to reinvent himself in the welterweight division, where his deficits in the height and reach departments would not be so stark. And though his welterweight thumpings of Nate Marquardt and Jake Shields—the aforementioned brilliant moments— gave the impression that a welterweight drop was just what the doctor ordered, Lombard’s career then took another ugly turn.

Shortly after a decision defeat of Joshua Burkman, he tested positive for the banned substance desoxymethyltestosterone, and was handed a one-year suspension for his wrongdoings. And when he finally returned to action last Saturday, he was handed the first TKO loss of his long and illustrious career, giving up an early lead to wither under a torrent of Neil Magny punches. Yes, despite the tidal wave of hype that carried Hector Lombard into the UFC, his run in the organization has been a bust.

And yet, despite his many disappointing performances in the Octagon, Lombard remains one of the most exciting fighters in the organization. Better still, on those rare nights that he’s actually on, there is little denying that he is one of the most fearsome fighters ever to step onto the canvas. This means that, even in spite of his loss to Magny—which registered as a fairly substantial upset—he has ….View full article