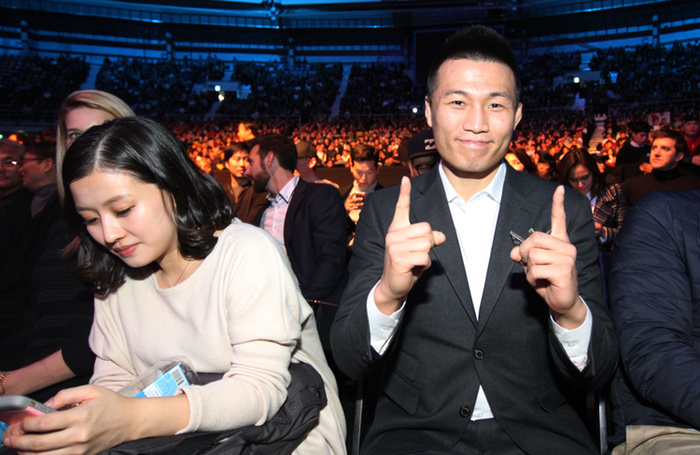 In late 2014, UFC featherweight Chan Sung Jung, who is better known as the Korean Zombie, was forced to take a break from competition to fulfill the two years of mandatory military service required of all South Korean men. Given that the Zombie is one of the most exciting fighters in the game, news of this hiatus went down as a fairly substantial bummer.

But, here’s the good news: as of this coming October, Jung’s military term will have drawn to a close, and according to his team, who recently spoke with MMAFighting.com, he doesn’t plan to spend any more time riding the pine. In fact, the Korean superstar has hopes to return to the Octagon before the year is out—which is undoubtedly a cause for celebration.

Of course, this news also raises a fairly intriguing question: Who might the Korean Zombie fight when he finally makes his long-awaited return to the bright lights of the UFC? Well, given Jung’s status as one of the game’s most consistent action fighters, it should come as no surprise that he has no shortage of exciting options. So, let’s play matchmaker.

At a glance, the most logical step for a returning Zombie would be somebody like Ricardo Lamas. Though Lamas remains one of the featherweight division’s premier players, memories of his April 2015 knockout loss to Chad Mendes are still fresh, and his subsequent defeat of a war-worn Diego Sanchez did little to erase these memories. In Jung, Lamas would have the chance to re-enter the title conversation with a win over a long-time contender. Lamas, in contrast, would provide Jung with a tough, but not insurmountable return to the Octagon. Better still, the two featherweights were scheduled to no avail in 2013, so their pairing would mark the fruition of ….View full article