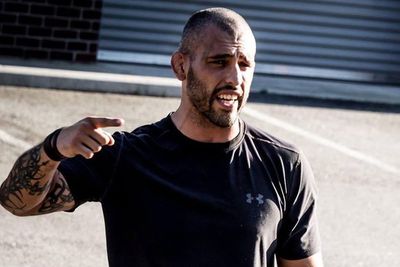 Weight-management specialist, George Lockhart, spoke with MMAmania.com about his company, FitnessVT, how he got his start, the risks and issues from cutting weight improperly, and what he is setting out to do in mixed martial arts (MMA).

George Lockhart is coming off one of his busiest weeks of his career as a weight-management specialist. There were three consecutive cards that took place this month, culminating with UFC 194, and he had fighters on each one of them.

His company, FitnessVT, handled around one dozen fighters on UFC’s roster for the trilogy of fight cards including: Conor McGregor, Chad Mendes, Frankie Edgar and Paige VanZant.

The busy weekend has past and all his fighters were on weight, but there was no rest for the weary this December, as he also had to prepare prepare Lightweight champion Rafael dos Anjos, C.B. Dolloway, Myles Jury and Danny Castillo for their respective scraps at UFC on FOX 17 in Orlando, Florida.

While he was running around the fighter hotel and bouncing between pre-fight workouts, including trips to the grocery store, Lockhart spoke with MMAmania.com about meal preparation, the final stages of weight cutting, rehydration after the weigh-ins and everything else in between that leads each fighter toward stepping into the Octagon for competition on fight night.

“So sorry about everything, thanks for understanding,” Lockhart told MMAMania as he had to push back the interview a few times because of taking care of the needs of the fighters he is working with. It’s easy to tell the former Marine is juggling quite a bit at once and doesn’t often have time for interviews during the chaotic nature of fight week.

Lockhart, 32, was a fighter once himself, so he knows first hand what fighters go through in a given fight camp. He had the knowledge ….View full article