Home MMA News What will it take to make Bellator lightweight champion Will Brooks a star?
ShareTweet 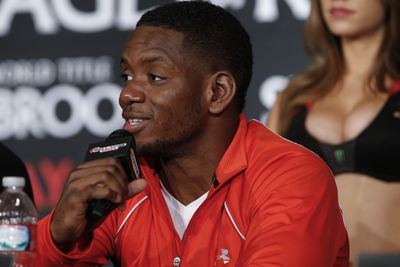 Will Brooks seems to have all the pieces of the puzzle needed to become a big star.

The right pedigree? The Bellator lightweight champion trains at the American Top Team, among the most elite of the sport’s gyms.

Willingness to take on all comers? “Ill Will” not only stepped up and accepted his big career break by defeating Michael Chandler on just over a week’s notice, but he also went into Chandler’s adopted hometown of San Diego and finished him in the rematch.

Accessibility? Brooks is one of mixed martial arts’ most outspoken and real fighters on social media, expressing what’s on his mind and engaging with the fans on a regular basis.

If someone steps to Brooks, he won’t back down, as he proved again on Thursday when he went at it with featherweight champion Pitbull Freire during a conference call in the latest chapter of their ongoing feud.

Add in the fact Brooks is a proven winner — he’s won 16 of his 17 pro fights, and avenged his only loss in the process — and it seems like Brooks has everything necessary to become a crowd favorite.

And yet the Chicago native, who makes his second defense of his ….View original article