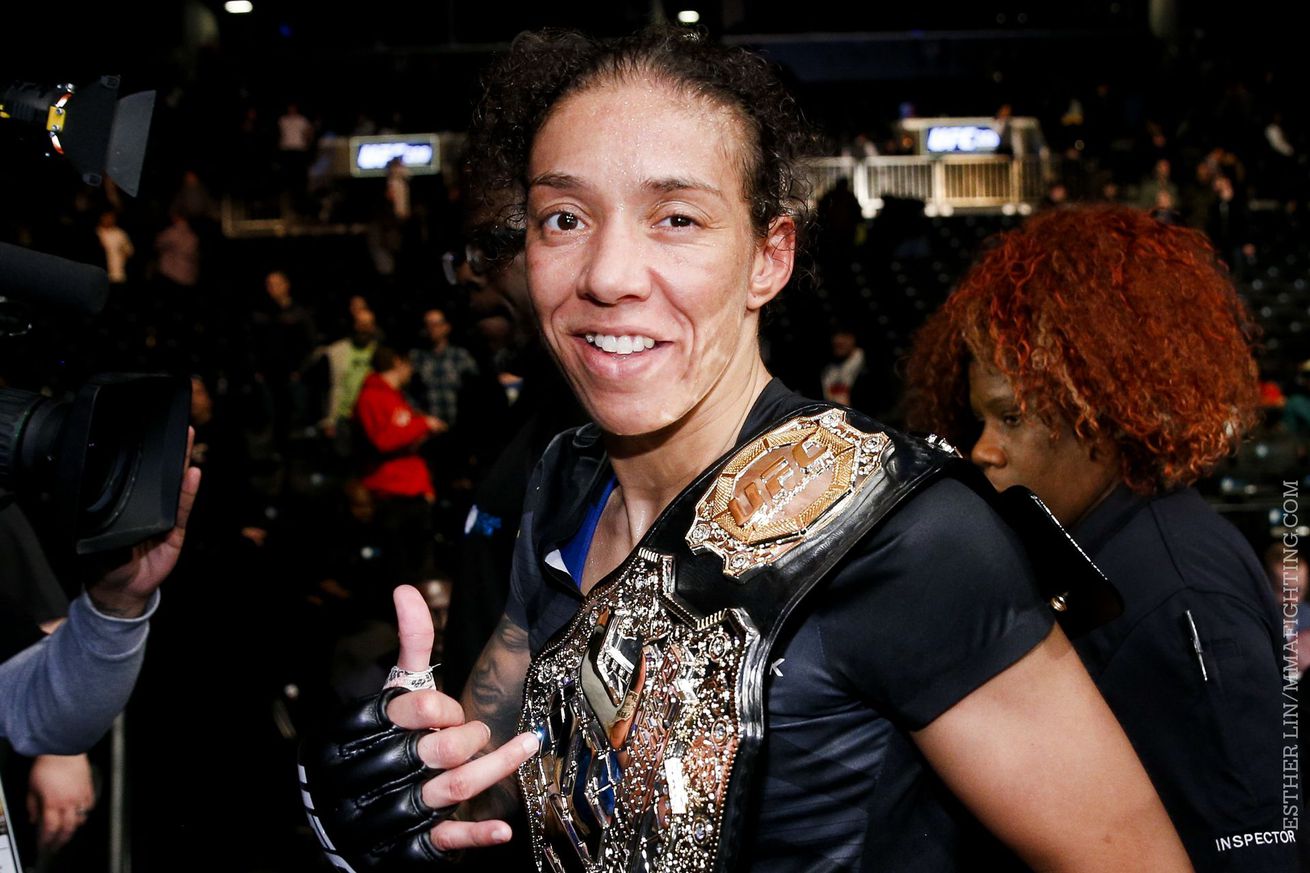 Now, the Muay Thai specialist has an even bigger challenge on the horizon, as it is highly-anticipated that she will face none other than Cris Cyborg in her first title defense.

When broached about a potential title fight between her and the fearsome striker during her post-fight victory speech, “Iron Lady” disappointed many, as she revealed that she would be going under the knife to repair her busted up hand before the title fight could ever take place.

The statement didn’t sit too well with many, who felt “Iron Lady” was simply delaying a tough showdown against the current Invicta FC featherweight queen. And while Cyborg claims she was anticipating the excuses to be piled on by both de Randamie and Holly Holm, you know she was a bit bummed, as well.

Nevertheless, the bout will go down eventually, and since Cyborg has some issues to tend to with USADA first, it could give Germaine plenty of time to tend to her medical issues, as well.

As for the fight itself, it’s an interesting one to say the least, as both ladies prefer to stand-and-bang. But implementing that game plan against Cris won’t be a wise idea for “Iron Lady,” despite her abilities to stifle a pro boxing champion like Holm.

Cyborg, though, is a completely different beast, a she isn’t opposed to go off script and throw caution to the win in order to knock your block off.

But, that’s why they fight, as anything can happen once the cage door slams shut. And though the odds may be stacked against her come fight night, de Randamie won’t back down from a brawl

And that is exactly what Cryborg will bring.