Home MMA News What’s Next For Robert Whittaker after knocking out Derek Brunson in Melbourne?
ShareTweet 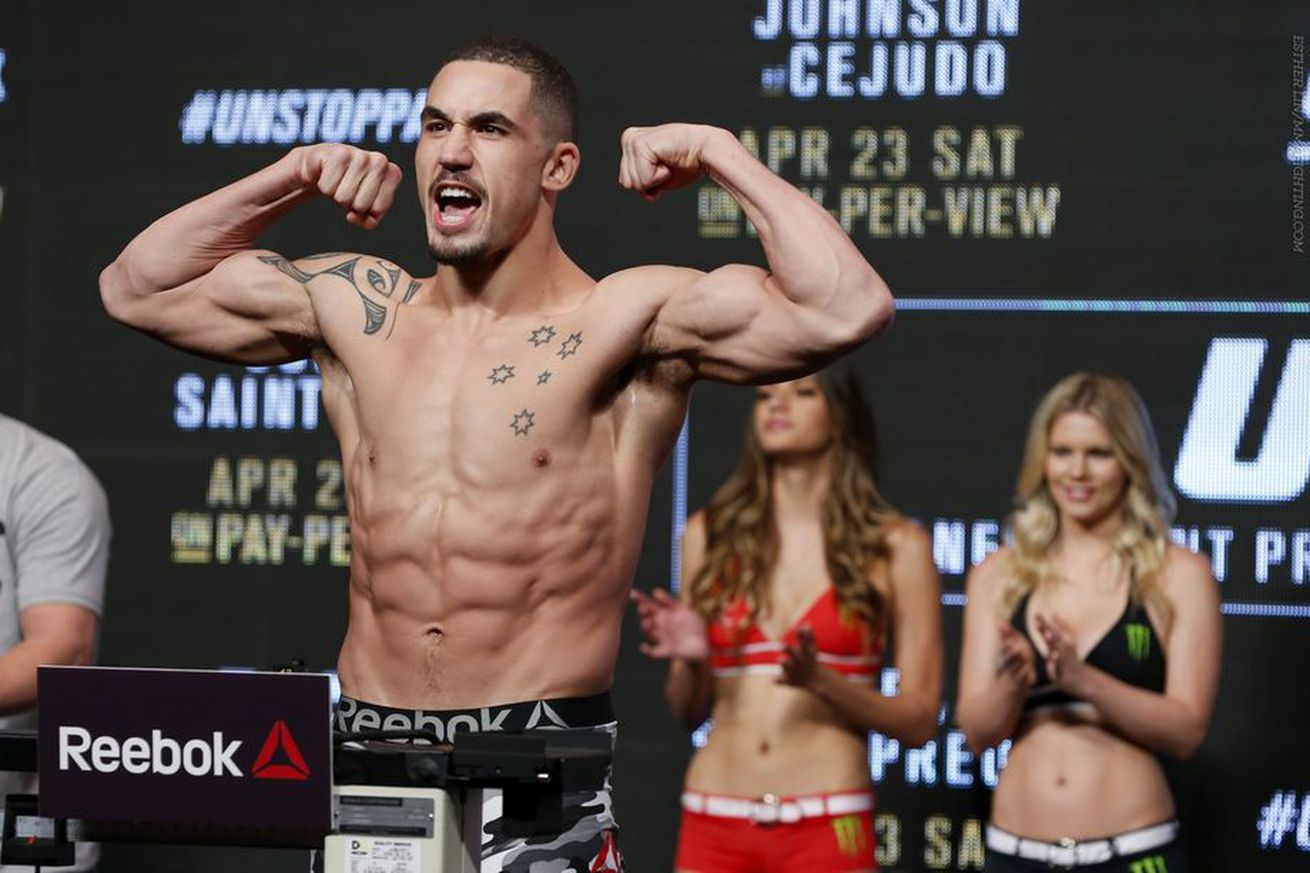 From the jump, both men came out aggressive, swinging for the fences with intentions to end the fight as soon as possible. But, it was Brunson who proved to be the main aggressor, coming out like a bat out of hell in order to collect his fifth straight first-round finish.

But, it proved to be his downfall, as Whittaker eventually used his patience to counter his for perfectly with his trademark left hook. From there, it was all she wrote for the overzealous Brunson, as Whittaker peppered him with well-placed shots.

Eventually, Robert connected with a high kick and eventually sealed the deal with some vicious ground-and-pound that forced the referee to put an end to the fight. With six straight wins — five at 185 pounds — in his back pocket, Whittaker firmly placed himself in the title conversation.

Unfortunately, there area few other contenders ahead of him.

Yoel Romero will get next dibs at division king Michael Bisping sometime next spring. After that, if the Luke Rockhold vs. Ronaldo Souza bout is re-booked, its’s safe to assume that winner will get the next championship fight. And if Robert chooses to sit and wait, it could be a while before he steps foot back inside the cage and get paid again.

And he likes to get PAID!

That said, the logical step for Whittaker would be to take on another surging contender at 185 pounds who is also inching himself closer to the big dance in the form of Gegard Mousasi.

“The Dreamcatcher” has four straight wins to his credit and has started to ….View full article