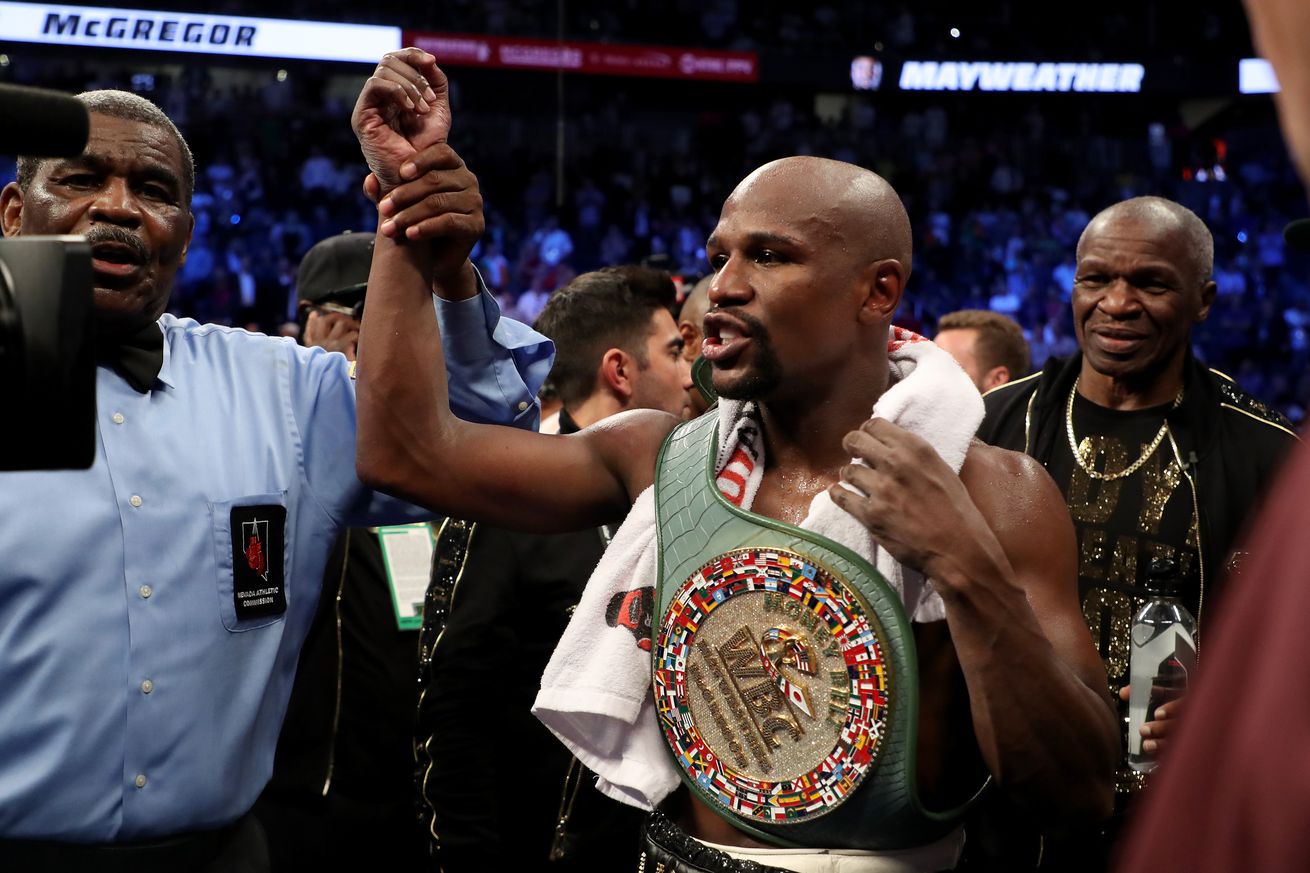 Read Next: Read our McGregor vs. Mayweather recap.

Two men threw down in “The Money Fight” last night (Sat., Aug. 26, 2017) inside T-Mobile Arena in Las Vegas, Nevada. And frankly, it exceeded expectations, moving from a pipe dream to mega-event in a matter of months. Though Mayweather wasn’t quite as quick as he once was, “Money” was still able to outlast his Irish foe and batter him in the late rounds to score a technical knockout finish.

The underdog opened the fight with a strong start, picking at Mayweather with long left crosses. Mayweather was largely patient and watching his opponent, but his few attempts at offense did allow McGregor to land hard counter punches. The second round was more of the same but on a far less dramatic level, as McGregor landed some decent lefts, but mostly won via volume. Mayweather, meanwhile, was a bit more active with his cross to the body, but he otherwise was patient. The Irishman’s strong start continued into the third round, as his threw a higher volume than his opponent, but another emerging story line was McGregor’s illegal hammerfist-esque punches to the back of the neck/head.

Mayweather began to amp it up in the fourth round, advancing on McGregor pretty relentlessly. He still kept his volume low, but he forced McGregor to throw a huge number of punches to stay engaged. The shift continued into the fifth, as McGregor began to slow a bit, and Mayweather’s punches landed with more accuracy. Mayweather landed his best punches yet in the sixth, scoring with some big right hands that caused some bruising on his opponent’s left eye.

McGregor continued to eat shots into the seventh. He admirably kept his volume up, but quite a bit of steam had fallen off his punches, allowing Mayweather to push forward and land cracking right hands. Just as Mayweather seemed to be running away with the bout, McGregor caught something of a second wind and made the eighth round very competitive. Unfortunately for MMA fans, the momentum couldn’t last. McGregor was rocked badly in the ninth, which cost him a great deal of that renewed energy.

The onslaught ensued into the tenth round. Mayweather let his opponent threw some punches to start, but he then turned it up and found his target over and over. The right hand was snapping McGregor’s head back repeatedly, and his follow up left hooks and jab were doing damage as well. Before long, “Notorious” was stumbling around the ring and barely throwing, causing the referee to intervene. It wasn’t the most satisfying result — no standing eight count? — but things weren’t going to get much better for McGregor.

On the whole, the Irishman represented himself extremely well, but it ultimately wasn’t enough to overcome the aging legend, who executed a patient game plan to wear down his foe and finish him.

For the full “Mayweather vs. McGregor” stream, including results and play-by-play, click here.