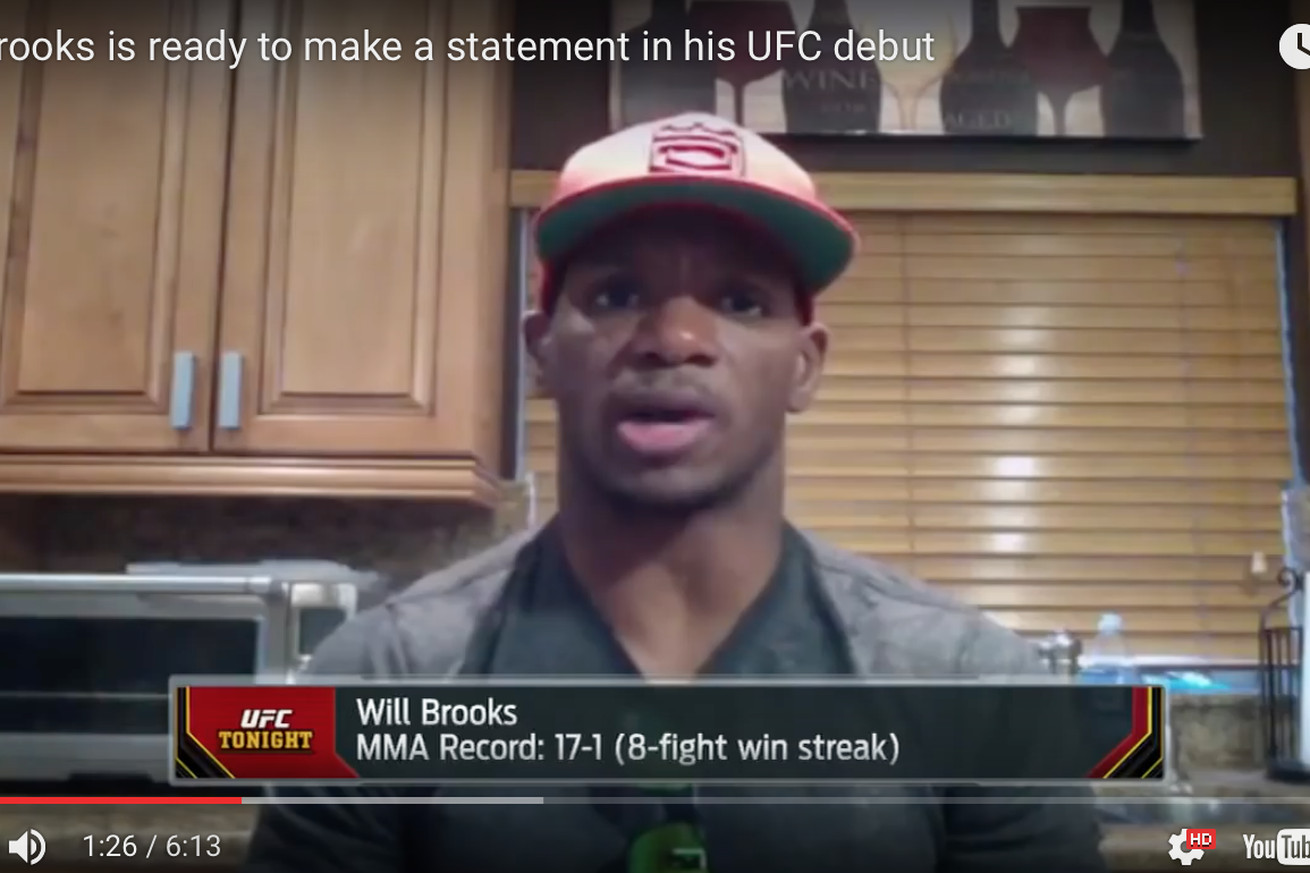 “I want to get a dominant win and to be a dominating fighter. In my mind, I’ve always been a champion and in other organizations I was and I’m still a champion. I compete that way as a dominating figure in and out of the cage. I’m going to walk out of there with a finish or an easily dominated decision. People know me and what I bring to the table. I get better every single fight. I get better with high level talent. Now I’m at the top of the mountain with the best of fighters, I’m putting work in and I’m going to give him a long night, show him athleticism, strength, mentally he’s never seen. I can confuse him mentally. It’s going to be a long night for Ross Pearson and an entertaining one for the fans.”

After a long and successful career under the Viacom banner, former Bellator MMA lightweight champion Will Brooks (via FOX Sports) is finally able to make hay while the sun shines in UFC, thanks to a lightweight debut opposite Ross Pearson at The Ultimate Fighter (TUF) 23 Finale, which takes place next Thursday (July 8, 2016) inside MGM Grand Garden Arena in Las Vegas, Nevada (full fight card here). Brooks (17-1) is the winner of eight straight, which includes a pair of victories over the venerable Michael Chandler. We’ll find out if he’s indeed the “Real Deal” against one of the craftier 155-pound veterans UFC has to offer and don’t be surprised to see “Ill” in the title picture after just a handful of big wins. Hey, worked for this Bellator MMA import.