Home MMA News With a stunning second PED failure, Jon Jones deals a KO to his own legacy
ShareTweet 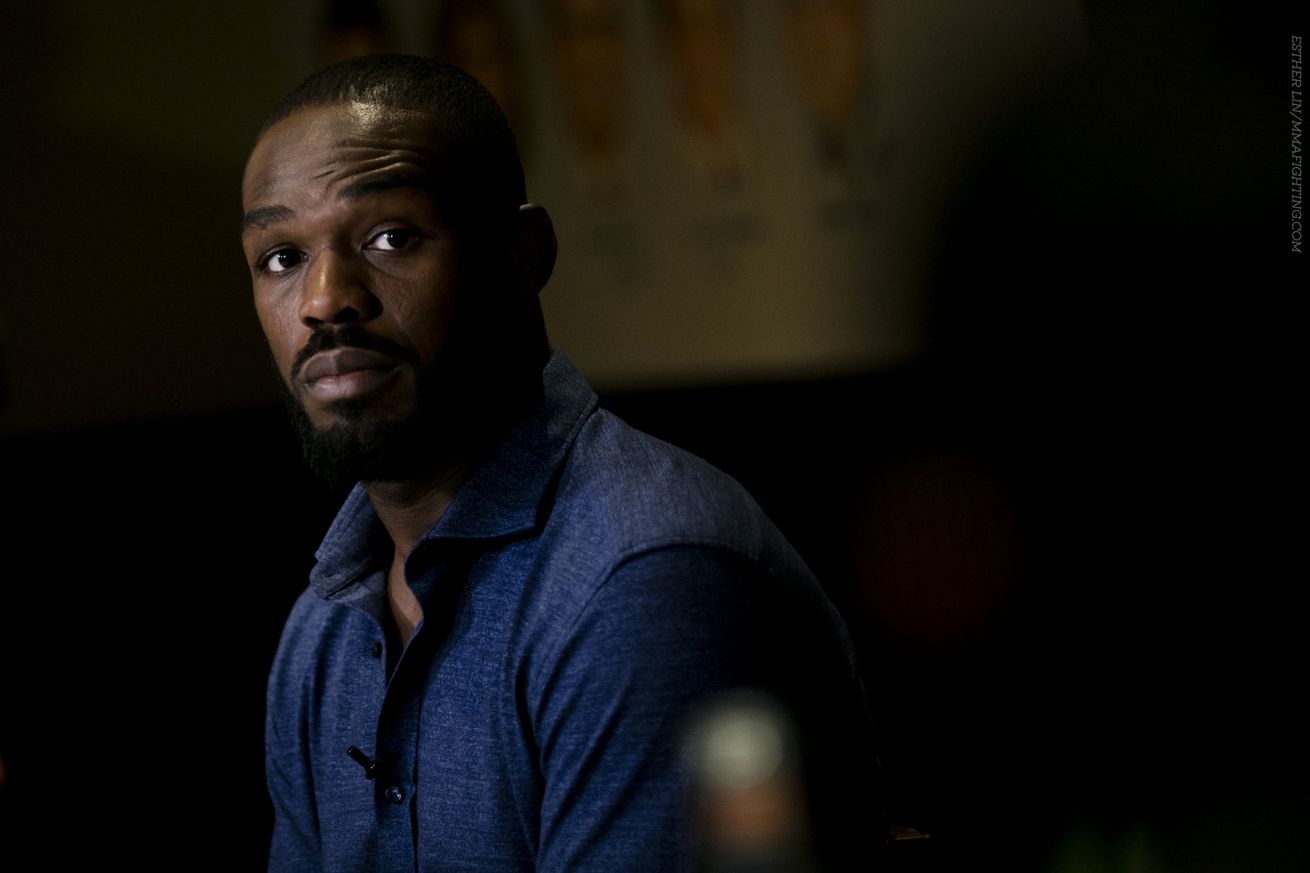 Sometime in the future, with the benefit of hindsight and perspective, we will be better equipped to put Jon Jones into context. It’s impossible to do now, with chaos tagging along as his constant companion. It’s easier to stop trying to weigh the talent against the trouble, to shake our heads and move on to the next mindless thing heading our way.

Can I interest you in McGregor vs. Mayweather? Suddenly, a carnival ride sounds like tonic.

In a sport that has long billed itself as “as real as it gets,” we now have to reconsider everything we knew about its most spectacular and maddening practitioner.

By both objective metrics and subjective observations, Jones is the greatest ever to strap on the four-ounce gloves. His talent is beyond compare and his creative skills are sublime, and for years, he has functioned as a one-man evolution of the sport.

In retrospect, perhaps that was too much for any one man to bear. Perhaps it was too much to live up to. After all, he tried to warn us. He tried to tell us not to pin our hopes on him. Even in the aftermath of his brilliant knockout of Daniel Cormier at UFC 214, he attempted to temper the incredible expectations that have always been placed upon him.

“I think I will make a conscious effort to do better. I’m also more aware of who I am and the responsibility of what comes with being a UFC champion,” he said in the event’s post-fight press conference. “I don’t want to sit up here and make promises and say that I’m going to be a saint, because I’m a wild motherf–ker at the end of the day.”

During a career whose lone critics were those who labeled him “fake,” never were truer words spoken. For once, everyone could agree, Jones sounded authentic.

In retrospect, it seems far too real, knowing what we know now, following the UFC’s confirmation that Jones has again tested positive for a potential anti-doping violation, his second transgression in just over a year.

In the wild, counterculture world of combat sports, everyone gets one mulligan. For crying out loud, we used to hand out testosterone use hall passes willy nilly. But this? This is a development that at least in this moment seems equally stunning and unforgivable. Jones, world-beater and innovator, flunked again. According to TMZ, he tested positive for the anabolic steroid Turinabol.

It’s a human failure that is hard to reconcile with his astounding physical gifts; Jones is both preternaturally gifted and his own worst enemy.

“We are all at a complete loss for words right now,” his management team said in a statement released Tuesday night. “Jon, his trainers, his nutritionists and his entire camp have worked tirelessly and meticulously the past 12 months to avoid this exact situation. We are having the samples tested again to determine the validity or source of contamination. Jon is crushed by this news and we are doing whatever we can as a team, to support him.”

Jones’ latest failure is devastating, if only for what he may surrender. According to the guidelines of the U.S. Anti-Doping Agency, which oversees UFC testing, the 30-year-old Jones is facing a suspension of up to four years. Gone is the potential mega-fight with Brock Lesnar that Jones proposed. Gone is the move up to heavyweight to fight champion Stipe Miocic the UFC was interested in. Gone is his redemption story, and likely the belt, and a huge chunk of his prime.

He’s still have a chance to dispute the finding, of course, but the court of public opinion is never quite so kind. And the thing is, we have reached the point where you can’t blame anyone for refusing to listen to his excuse or to give him another chance.

His timeline of misdeeds—from his DUI to his positive cocaine test to his hit-and-run and beyond—has tried the patience of everyone who has wanted to support him, never mind the ammunition it has given his critics.

A single test failure unfortunately has become commonplace in the sport and nothing that most people aren’t willing to look by, but a second is the end of Jones’ reputation as he knew it. While before his name was sometimes placed alongside those of the greats in other sports as MMA’s Michael Jordan or Muhammad Ali, he now faces being aligned with notorious athletes like Barry Bonds and Lance Armstrong.

And that is part of the tragedy of the situation.

Tell that to Cormier though. Doesn’t he have a right to think he wasn’t beaten fair and square? The man was knocked out and wept on national television, and none of that can be taken back. He may have the loss erased on his record, but he will forever be a victim of Jones’ wild motherf–ker streak.

But in the end, this is a one-man tragedy. Jones will mount a defense, of course, as he did in the last case, when USADA determined that he was “not a drug cheat,” but that his degree of fault was at the “very top end of the scale” for his lack of due diligence in taking a pill which he knew nothing about. Turinabol, BloodyElbow reported, is on USADA’s high-risk list of tainted supplements. It is possible that Jones took it unknowingly. But a suspension is likely still looming, and a long one at that.

In the end, he will probably have plenty of time to think, to consider what might have been. In the end, we will all need that time to put 23 wins, one loss, and a growing collection of asterisks into frame. When he returned to compete just a month ago, it felt like a respite. For a time, you could simply watch and observe how great the greatest could be. Now, looking back, we’ll remember it as the night Jon Jones landed a crushing headkick and dealt his own legacy a knockout blow.