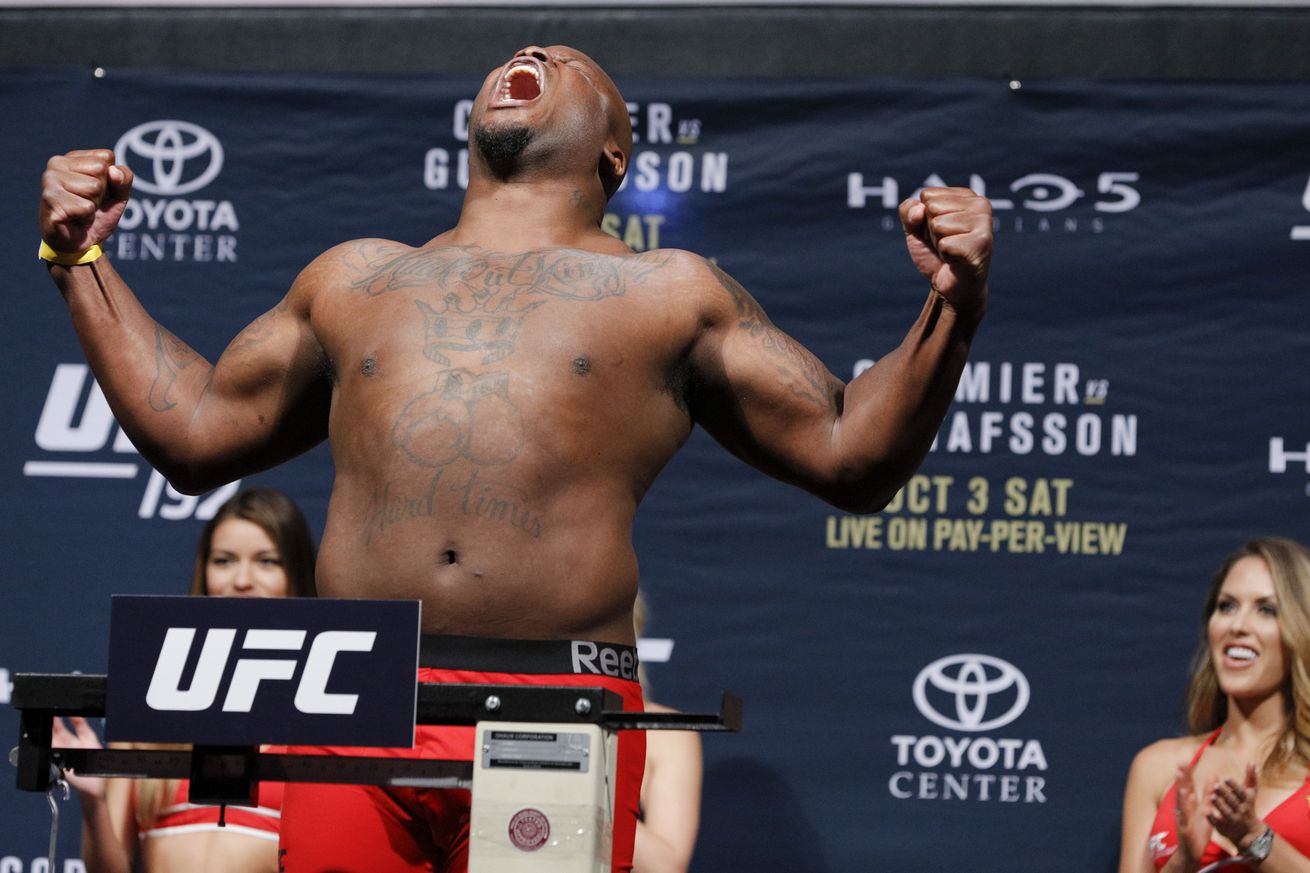 Derrick Lewis intended to take some time off after knocking out Travis Browne in February in Halifax. Turned out his time off lasted about a week before it was announced he had a new dance partner in Mark Hunt, which takes place at UFC Fight Night 110 in Auckland, New Zealand.

So what changed? The UFC came correct with the pocket book when approaching the “Black Beast” with a main event some 7,000 miles from Houston.

“I had threw a crazy number at them, and told them this is what I’d like, it’s the only way I’d fight, is for this certain amount of money,” Lewis said during a visit to The MMA Hour on Monday. “I didn’t even think they’d say okay, yeah, we’ll agree to that amount. I didn’t even think they would, and I was like, damn, I should have asked for more money then.

“And so they gave me the right type of contract that I wanted, and that’s the reason I’m fighting right now.”

Lewis is one of the hottest heavyweights on roster currently, now getting closer and closer to a title fight. After his KO of Browne, he has won six straight bouts in the UFC’s most brutal division — with five of those bouts ending in a KO/TKO. The only man to go the distance with him in that run was Roy Nelson, back in July 2016.

One of the things he has been vocal about is money, and apparently his approach of naming his terms with the paid off for his next bout. He told Ariel Helwani he had a new contract, with a nice escalation in pay — though it wasn’t quite to seven figures.

“Yeah right, I wish, it’s six figures but I wish it was seven,” he said. “I wouldn’t be talking to you for free though.

“[But] yeah, it’s a big bump. I think it’s almost [by] half of what I made last fight. I’m probably one of the highest paid heavyweights right now.”

Another reason it was thought that Lewis might take some time off was that he was nursing a foot injury after the fight with Browne. Little did anybody know at the time, but he was also dealing with broken ribs.

“I said [after the Browne fight] I had to take a shit, but he really broke two of my ribs in the first round.”

Asked if he’s been able to train properly for his upcoming fight with Hunt while dealing with his rib injury, Lewis — in the only way Lewis can — said he’s been testing it out in unique ways.

“Yeah, I’ve been training 100 percent,” he said. “I’m not letting that stop me or hold me back at all. It should be good.

“Really, the only way I’ve been testing it out is by having sex with my wife. That’s the only way I can feel that it’s 100 percent, when she wraps her legs around me, so right now it’s not really hurting as bad as it used to.”