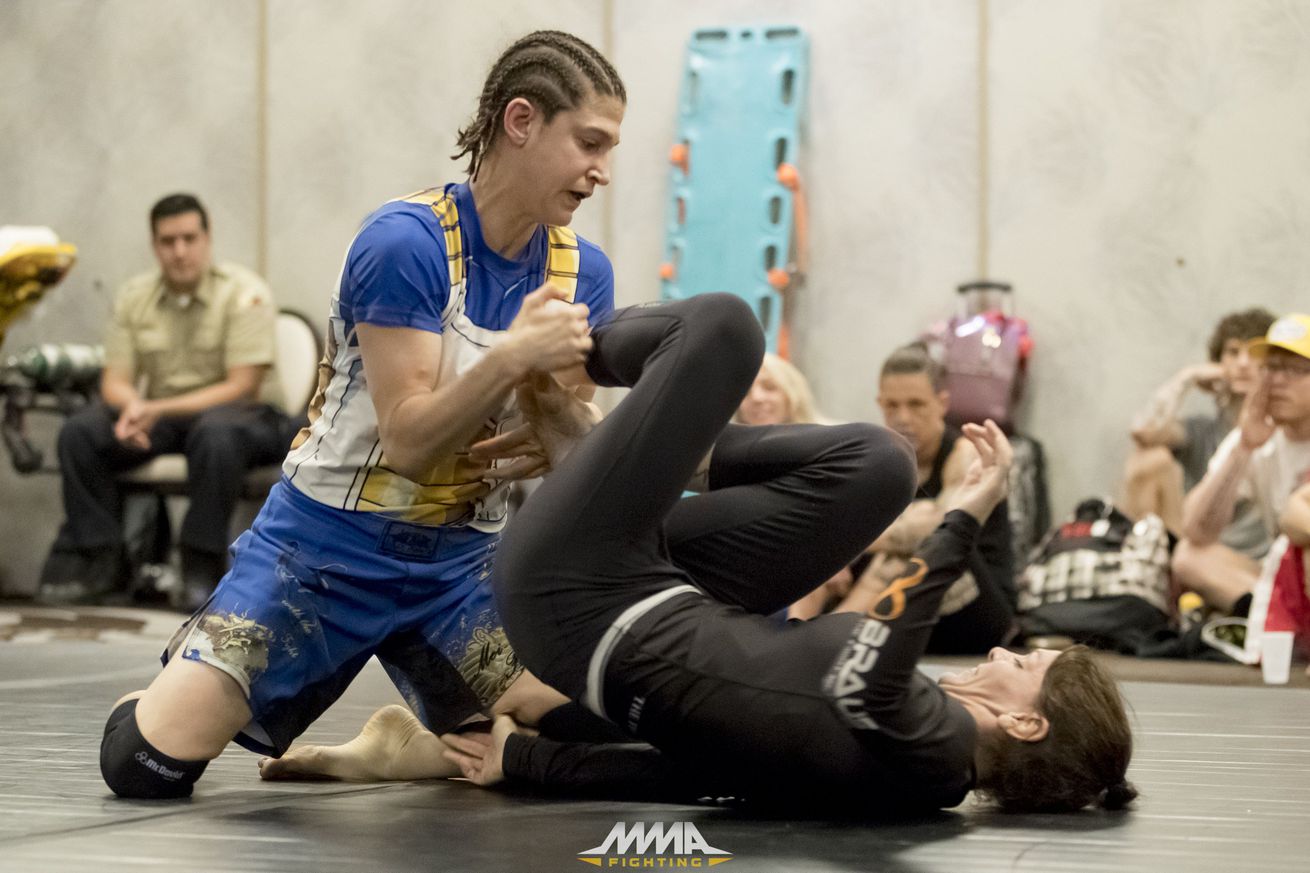 LAS VEGAS — Dana White had been firmly on the fence about starting a women’s flyweight division. The UFC president said just about a month ago that there were no plans to open up the new weight class.

But White was in his office just about three weeks ago and decided the promotion would go for it. Tryouts for The Ultimate Fighter 26 had already been scheduled for women’s strawweights and bantamweights and men’s middleweights. Working on impulse, White wanted to scrap the plan and make TUF 26 crown the first-ever UFC women’s flyweight champion.

“The women’s divisions are all doing good,” White said. “So we’re giving it a shot. … I think that there’s enough talented women to make three good divisions. We’ll see if I’m right or wrong.”

On Tuesday, the execution of the process began. About 46 women tried out for the season of the show, which will likely film over the summer, air in September and run through December, when a championship fight will be held.

Here’s a look at some of the familiar names trying out and what their motivations are:

Fourteen years ago, Modafferi had her first career fight. Just three days before tryouts, she had perhaps her best career performance. Modafferi defeated Sarah D’Alelio by third-round TKO in the co-main event of Invicta FC 23 last Saturday night. It was the first time Modafferi ever dropped an opponent with strikes and it happened twice.

“I just feel in the best condition,” Modafferi said. “There wasn’t an ounce of pain in my body going into my last fight, which is crazy. I’m in the best shape ever. The best coaches. I could sense that I had more potential and that I could go farther and keep going and I’m not winding down. So I kept at it and persevered.”

Modafferi has experienced The Ultimate Fighter before. “The Happy Warrior” made the show in 2013 for TUF 18 and has one UFC fight on her résumé, a loss to Raquel Pennington at the TUF 18 Finale in December of that year. That season was at 135 pounds, though. Modafferi is a natural flyweight and has gone 6-2 in that division since the Pennington loss.

“My ultimate goal is to get into the UFC and become champion,” Modafferi said. “Whatever it takes to do that, to reach those goals. I want to be the UFC champion and prove that I’m the best in my weight division.”

Modafferi, 34, doesn’t want to leave Syndicate MMA in Las Vegas, where she has reinvented her career under coaches John Wood and Alexandre Almeida. But if going into the house again points her toward that championship goal, she’ll do it.

Though her first fight came way back in 2003, Modafferi is as hungry as ever.

“I really want to prove that I improved and prove to Dana and [UFC matchmaker] Sean [Shelby] that my striking doesn’t suck anymore and I’m ready to be back and be champion now,” she said.

Murphy fought out her contract with the UFC last year in the women’s bantamweight division, but was told she would be brought back for a short-notice fight in the future and that would begin a new contract. Rather than waiting around, though, Murphy wants to try her hand at TUF — and an opportunity to win a UFC title is a nice addition, too.

“I always kind of wanted to do TUF, just for the experience of it,” she said. “It sounds fun. I enjoy doing things that are difficult and if you put the belt on the line, of course you’re going to attract a lot of flies with that honey.”

Murphy, 33, went 1-3 in the UFC after coming over from Invicta in 2014. She fell to Katlyn Chookagian last July by unanimous decision. The Arizona resident and MMA Lab product believes opportunities will be in abundance once the women’s flyweight division gets off the ground.

“I don’t want a f*cking short-notice fight, but they’re gonna need girls to fill up these divisions now,” Murphy said. “The flyweight division is going to require a lot of girls, there’s gonna be some moving around, it’s gonna take a while to get the rankings figured out again. I think there’s a lot of opportunities, even if I don’t make it on the show. I’m fine with whatever happens. I’m not driving the boat. I’m just along for the ride.”

Recently, Frausto said she could have signed a two-year, five-fight contract to be a part of the burgeoning Bellator women’s flyweight division. The MMA, kickboxing and Muay Thai veteran declined with an eye on Ultimate Fighter tryouts.

“I turned it down, because I wanted to take my chances on the UFC,” Frausto said. “If that doesn’t happen, i’m probably sh*t out of luck.”

Not necessarily. Frausto, a former Bellator women’s strawweight champion, is still competing in kickboxing for Glory and other opportunities are likely to come along. But the California resident and Combat Sports Academy product really wants the UFC and has for a long time.

“This is it,” Frausto said. “This is where my motivation is. … My motivation since UFC opened up women’s division has been here. What the hell do I have to do to get in?”

Frausto has not fought in MMA since last year, a win at Tachi Palace Fights. Before that, she was on a four-fight losing streak that extended from 2012 to 2015. Frausto, 33, said she soured on MMA after her divorce from former UFC fighter Jorge Gurgel, preferring to take kickboxing and Muay Thai fights. But she’s back with it now and focused on being a member of the UFC’s women’s flyweight division. There are no regrets about turning down Bellator.

“This is where my motivation has been,” Frausto said. “So it’s definitely worth it.”

It has been more than a year since Julaton closed out her run with ONE Championship, the only MMA promoter she has known, with a defeat. The former two-division boxing champion has focused on that sport since then, but when news of the Ultimate Fighter tryout reached her, she figured she would give it a shot.

“Why the hell not?” Julaton said.

Julaton, 36, has another boxing match scheduled for next month in Mexico, so she’s not hanging her hat on TUF or even MMA in the future. If it works out, all the better. But the Las Vegas resident is comfortable with just being a boxer now.

Even if she does return to the MMA cage, Julaton (2-2) wants to get back to her bread and butter: striking. After working for years with grappling coach Ricky Lundell (she now trains with Frank Mir) and improving exponentially from fight to fight on the ground, Julaton felt like it wasn’t necessarily working out in her bouts and she wasn’t getting rewarded for all the hard work.

“I’m not gonna spend my entire lifetime trying to master the grappling arts,” Julaton said. “I’ll do it after I retire, but that’s a whole art in itself. It’s like trying to ask someone right now in their competing age to go master boxing. Yeah, go win a couple of world titles. It’s different.”

With a black belt in taekwondo and her boxing credentials, Julaton has a great striking résumé and the possibility of exciting fights has been enough for someone to make TUF in the past. If that’s the case, Julaton vows to show off her hands more and leave the grappling to those who don’t have a pair of boxing titles under their belt.

“You know what? I spent my entire life into striking,” Julaton said. “For me, I feel like it was a huge emotional battle. … I had one camp and I was able to accomplish all this — and no one cares. For me, it was a lot to digest.”