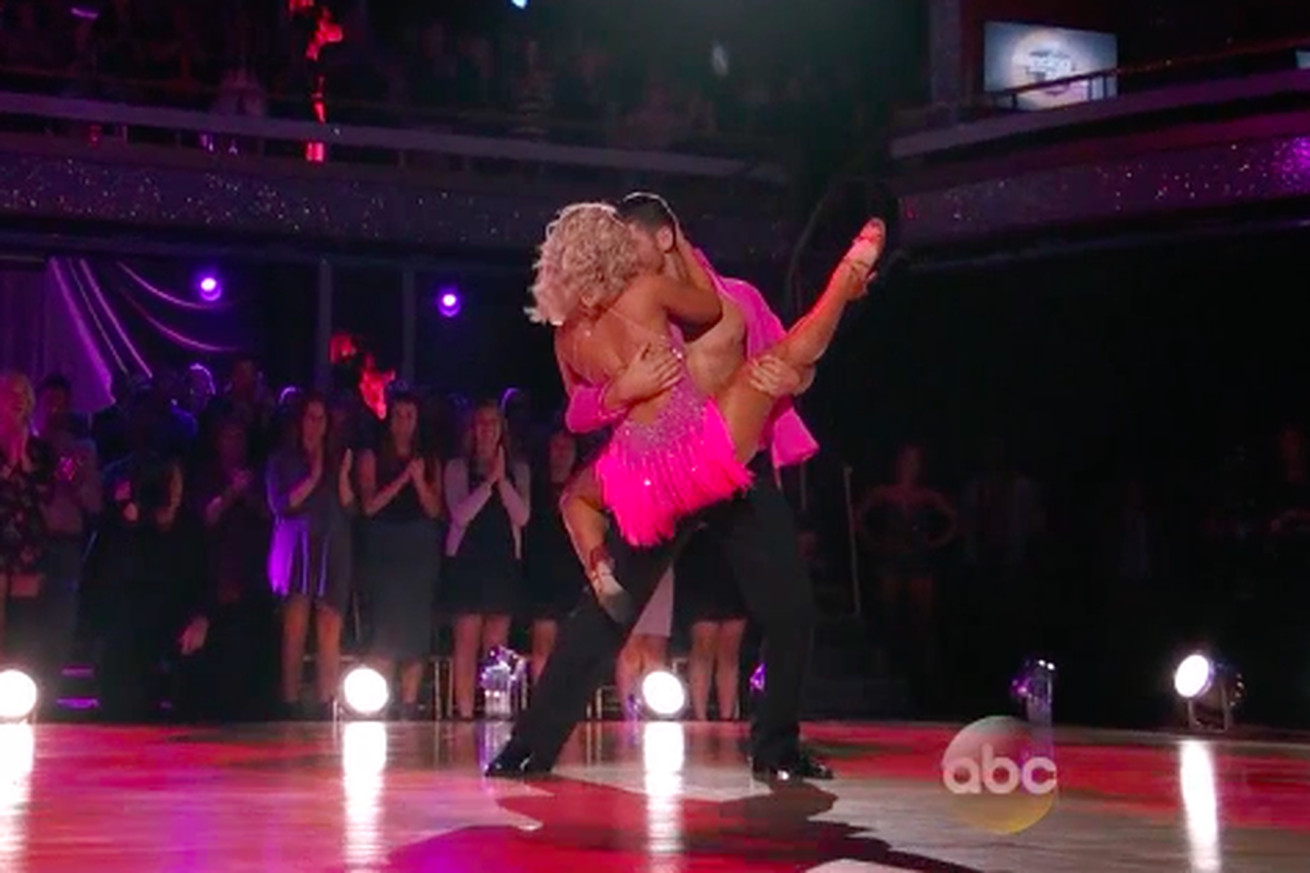 VanZant took a new partner on short notice and still crushed her Latin dance on ABC’s “Dancing With The Stars” on Monday night. VanZant and new partner Alan Bersten landed eights across the board for a score of 24 out of a possible 30.

Ballas did the choreography, but VanZant and Bersten did the dance — and did it well. Judge Len Berman called it “the best dance so far on Season 22.”

The scores bore that out as well. VanZant’s 24 was the best on the season up until that point Monday night. The UFC women’s strawweight fighter is one of the favorites to win with her background in dancing.

Ballas’ status for the rest of the season is unclear. He said he would be seeing a doctor again Tuesday. Bersten seems like a very able fill-in for Team #PowRightInTheKisser, though.