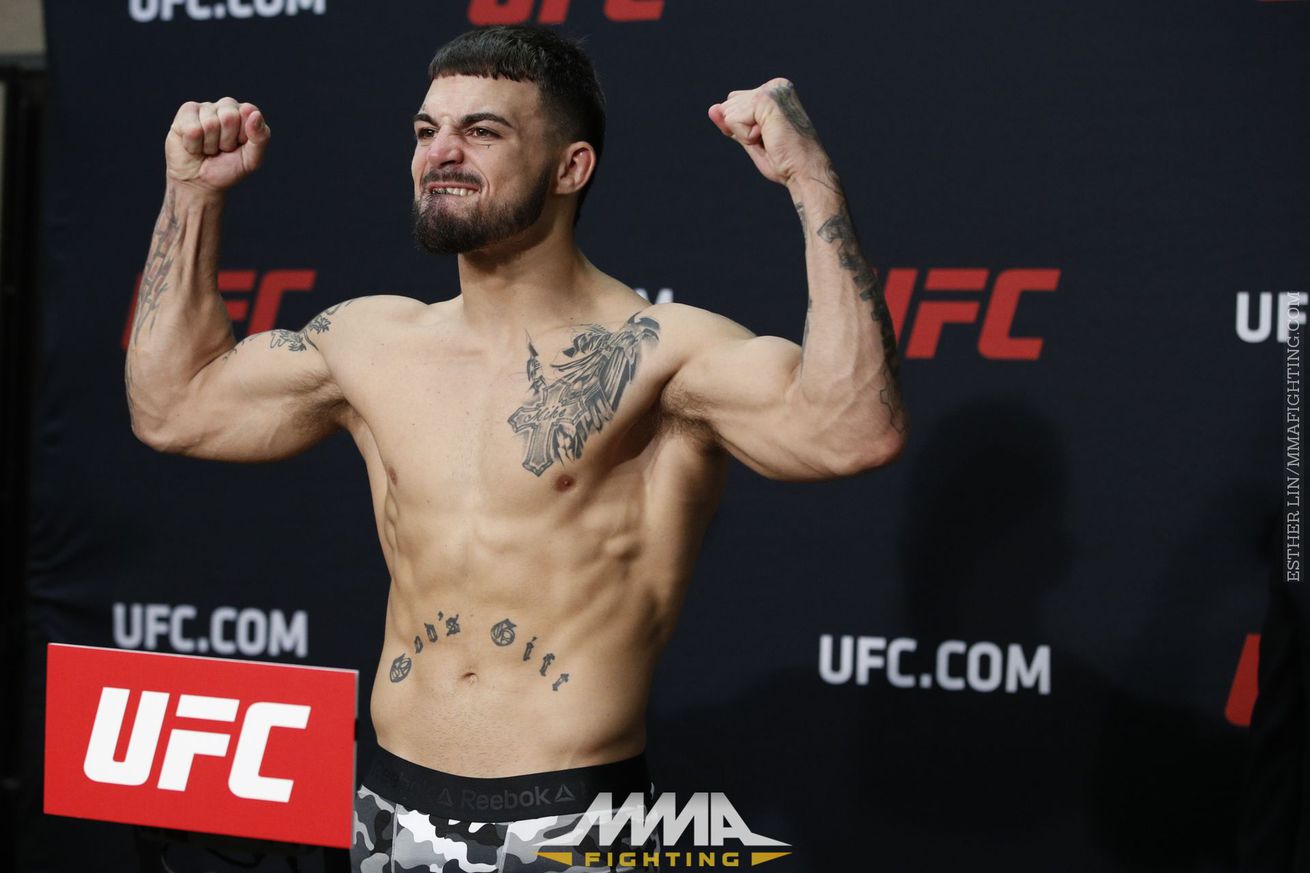 Mike Perry will compete this weekend at UFC Pittsburgh after all.

Following the Wednesday withdrawal of his opponent, longtime welterweight contender Thiago Alves, Perry has been rescheduled to face UFC newcomer Alex Reyes, who steps into the bout on three days notice for his Octagon debut at UFC Fight Night 116 in Pittsburgh, Pennsylvania. The UFC announced the news Wednesday afternoon.

Respect to my new opponent steppin up on 3 days notice. Let’s see what you got Alex Reyes

Alves was initially slated to face Perry in the co-main event of the card, however the Brazilian was forced to withdraw from the contest after being stranded in Florida following Hurrican Irma.

In Alves’ stead, UFC newcomer Reyes (13-2) will now look to make his Octagon debut on less than a week’s notice. A 30-year-old who fights out of California, Reyes has competed a majority of his career in the lightweight division, winning 13 consecutive fights — all by stoppage — while establishing himself as the King of the Cage lightweight champion. He will move up in weight to 170 pounds for Saturday’s event.

Perry (10-1) has won three of his four contests under the UFC umbrella, knocking out Hyun Gyu Lim, Danny Roberts, and Jake Ellenberger. The 25-year-old up-and-comer won a ‘Performance of the Night’ bonus for his April finish of Ellenberger, which stands as one of the most memorable knockouts of 2017.