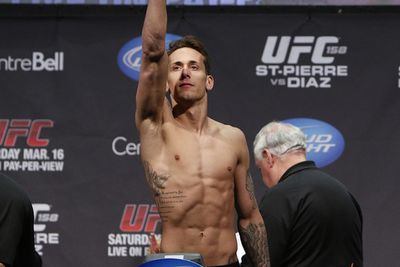 Former Ultimate Fighter (TUF) 16 finalist Mike Ricci will make his World Series of Fighting (WSOF) debut this Friday night in Arizona. And he intends to make a big statement.

World Series of Fighting (WSOF) will hold its one-night, eight-man Lightweight tournament this Friday night (Nov. 20, 2015) at Comerica Theatre in Phoenix, Ariz., the winner of which will earn a future title shot against champion Justin Gaethje.

One of those men is former Ultimate Fighting Championship (UFC) fighter — and The Ultimate Fighter (TUF) 16 competitor — Mike Ricci. Ricci was the favorite to win the show on Dec. 5, 2012, but wound up being defeated by Colton Smith via unanimous decision in the Welterweight finals.

Ricci moved back to 155 pounds after the loss, having some early success at the weight in UFC, but ultimately being released by the promotion. In two Titan FC fights since then he’s knocked off Jorge Gurgel and George Sotiropoulos.

Those victories brought him to the attention of WSOF, and he was subsequently announced for its eight-man tournament at WSOF 25, giving Ricci a chance to return to the spotlight on NBC Sports.

If he does get past tournament quarterfinalist Brian Cobb, ….View original article