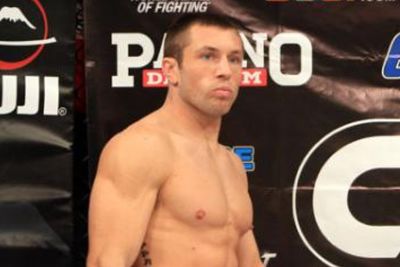 World Series of Fighting (WSOF) returns to NBC Sports Network tomorrow night (Dec. 18, 2015) with its latest mixed martial arts (MMA) event, which will take place inside “The Chelsea” at The Cosmopolitan in Las Vegas, Nevada.

WSOF 26 will be headlined by the second title defense for Featherweight star Lance Palmer, coming little more than one year after “The Party” won the 145-pound title in Sacramento. Palmer is not one to rest on his laurels, though, and there is a strong challenge ahead of him in Alexandre de Almeida, along with a strong card for NBC Sports Network with key match ups in three different weight classes.

Let’s break down the WSOF 26 main card matches below:

If you want to get “The Party” started, give Lance Palmer a call. He’s shown clear progression in every fight since his loss to Georgi Karakhanyan in 2013, which is still the only blemish on his professional MMA record. He’d have to jump ship to Bellator MMA to get that rematch, but Palmer is very happy to be a very valuable commodity in WSOF — a champion who has successfully defended his title.

And as long as he’s sitting on that throne, WSOF will have to keep finding worthy contenders.

The promotion did just that at WSOF 24 in a “Prelims” undercard bout that pitted two unrelated Almeidas head-to-head, with Marcos Alexandre Campos de Almeida emerging the victor (we’ll just call him Alexandre de Almeida for short). Little known in the United States before that bout, the Manaus, Brazil, native has been polishing up his game with Syndicate MMA in Las Vegas, Nevada, for his title shot, which means jet lag should not be a factor in the bout.