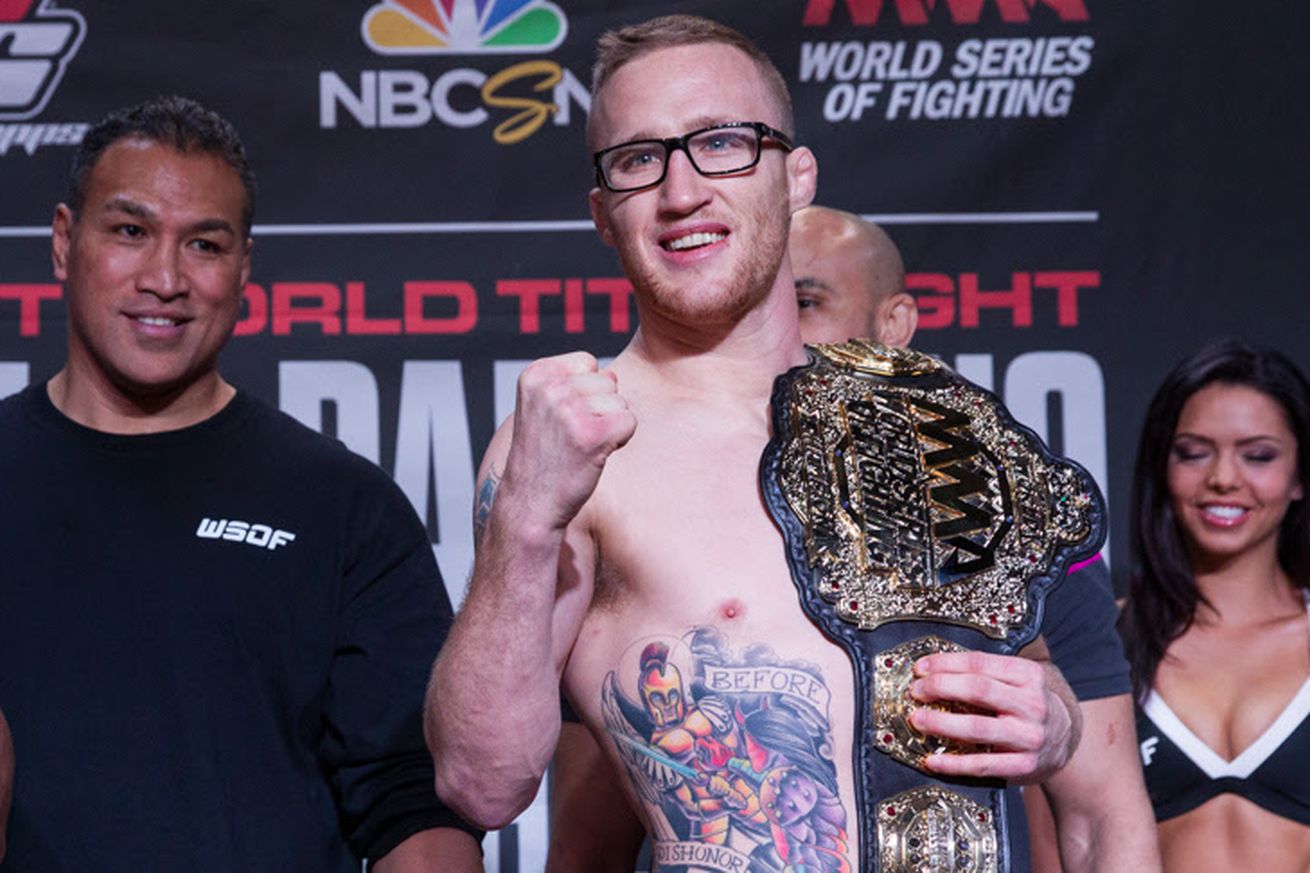 Get up-to-the-minute weigh-in results for WSOF 29 below, as well as live streaming video as the fighters hit the scale.

The fighters from WSOF 29: “Gaethje vs. Foster” will tip the scale starting at 8 p.m. ET.

MMAmania.com will deliver a live video stream below, as well as real-time WSOF 29 weigh in results updates for all scheduled bouts. WSOF weigh ins can be wildly unpredictable with fighters missing weight or being replaced on the televised card the day before the show; therefore, stay with us in case something unexpected happens again!