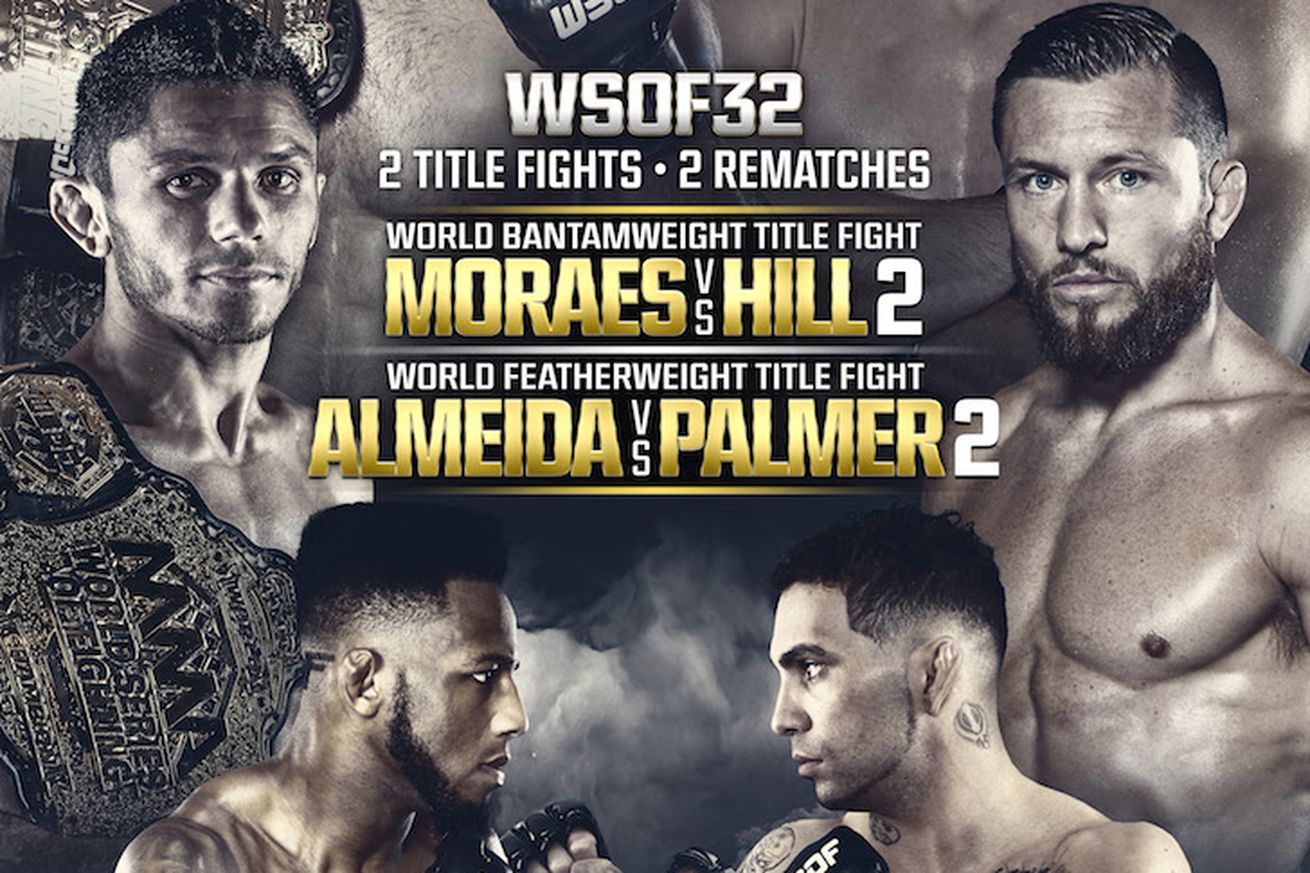 It’s a wrap, fight fans! WSOF 32 took place last night (Sat., July 30, 2016) inside Xfinity Arena in Everett, Wash., airing live on NBC Sports Network. The headlining fight of the night saw Marlon Moraes, undefeated in his entire campaign in WSOF, take on a man who took him to five rounds in a previous Bantamweight title defense in Josh Hill.

Could Hill overcome the odds and beat Moraes on his second try? The answer came 37 seconds into round two via a head kick, and the answer was an emphatic no.

Moraes met with Joey Varner for a post-fight interview after his 10th Decagon win.

“I’m very happy but before I say anything I wanna thank God. I’m surrounded by the best people in the world, my wife, my family, my little kid Rafael I miss him so much and all of the crew in the World Series of Fighting. I’m very thankful and I love all of you guys. I want to keep putting on great performances and I think I showed today I’m the best 135 pounder in the world. Me against Dominick Cruz, I’ll fight him, I’ll beat him!”

Bold words from a man who is dominant in his own organization to a man who currently rules his.

The co-main event was another title rematch as former Featherweight champion “The Party” Lance Palmer tried to regain the title he lost to the bigger and taller Brazilian ….View full article