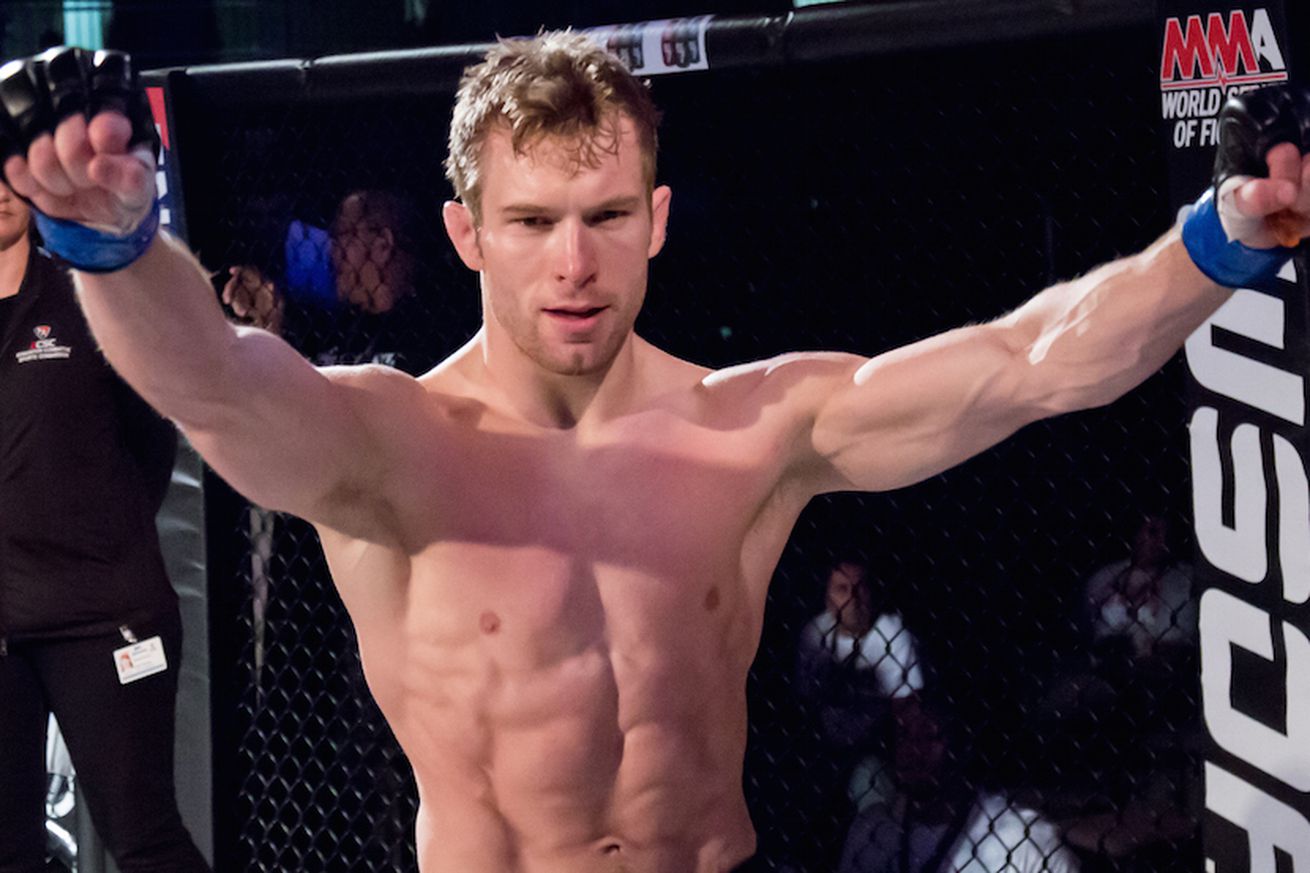 At the top of the NBC Sports Network-televised card, Marlon Moraes will look to defend his 135-pound belt for the fourth time at the expense of Josh “The Gentleman” Hill. The two previously met more than one year ago at WSOF 18 in Edmonton in a fight that went the full five rounds. Hill has gone on an impressive run since losing the unanimous decision to Moraes that night, reeling off four straight wins that includes a tough split decision victory over Bekbulat Magomedov at WSOF 26.

The question remains, though: Does he have enough going his way to unseat Moraes in his second attempt? Moraes is undefeated in WSOF and is seeking his fourth successful title defense, which would tie him with Justin Gaethje as the most successful WSOF champion.

Hill recently spoke with MMAmania.com about what improvements he has made since the last fight and what we can expect from him this weekend. And where he’s been making those improvements, too.

“I just got back Sunday. I was out in Sacramento again with Team Alpha Male, which is where I always go, but yeah it’s been good. It’s a room full of killers in there. Lance (Palmer) is fighting on the same card as me so it’s good to have a guy gearing up for the same day, same card. Coaching is great there. You’ve got guys like Justin Buchholz and (Chris) Holdsworth and Danny Castillo kinda running the show now and it’s really good.”