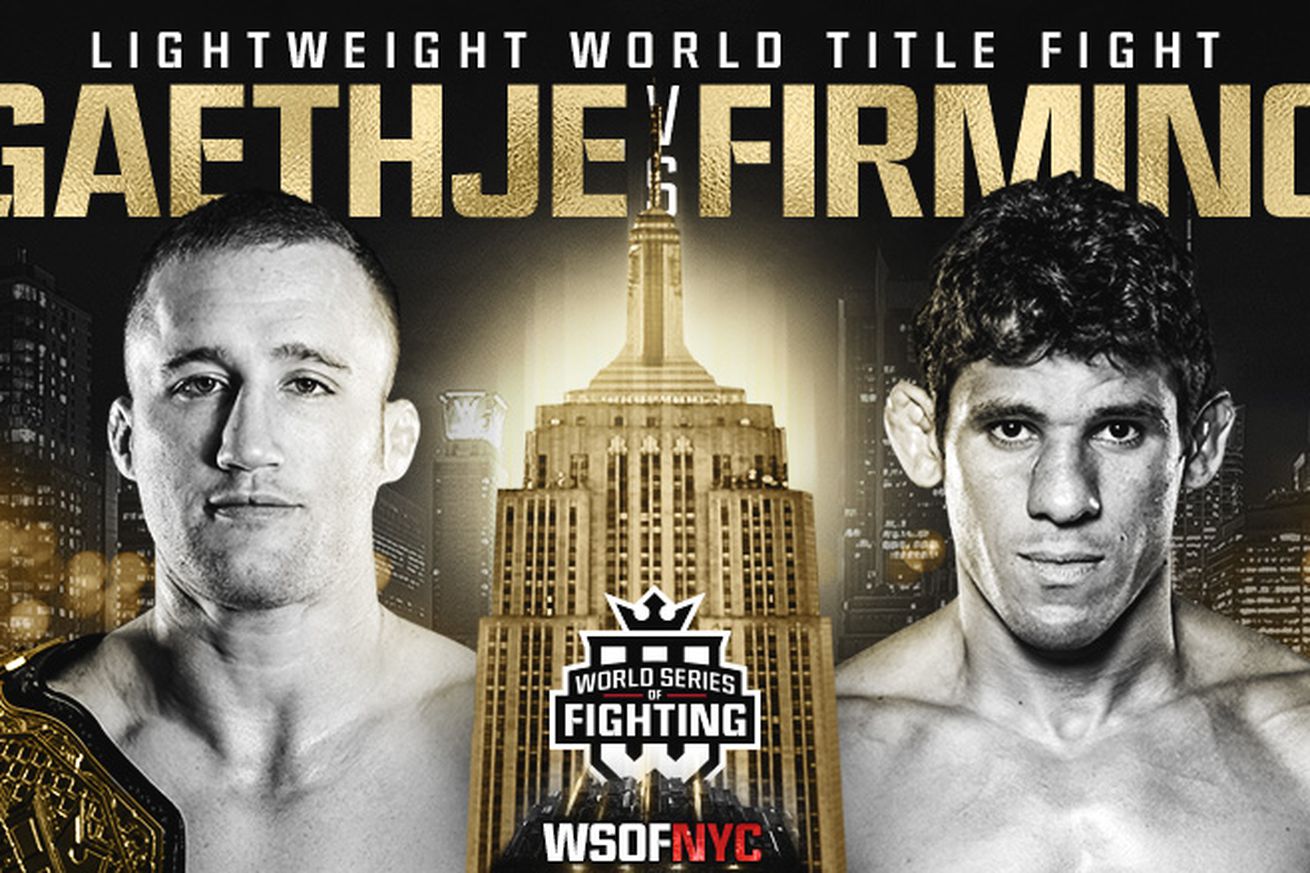 World Series of Fighting (WSOF) 34 takes place Dec. 31, 2016 from The Theater at Madison Square Garden in New York City. The main event will see undefeated Justin Gaethje defend his lightweight title against Luiz Firmino, one of four title fights on tap that night.

Tickets are on sale right now and WSOF is offering quite a bargain for such a stacked card.

It’s a little odd to wait until 10 days before such an epic show to finally put tickets on sale, but better late than never. With preliminary fights starting at 1 p.m. ET, you could watch this entire card and still go out to watch the ball drop in Times Square later that night.

The complete WSOF 34 card can be found below:

For much more on WSOF 34: “Gaethje vs. Firmino” click here.