Home MMA News WSOF champ Marlon Moraes: ‘At some point, man, I’m going to have to move it on’
ShareTweet 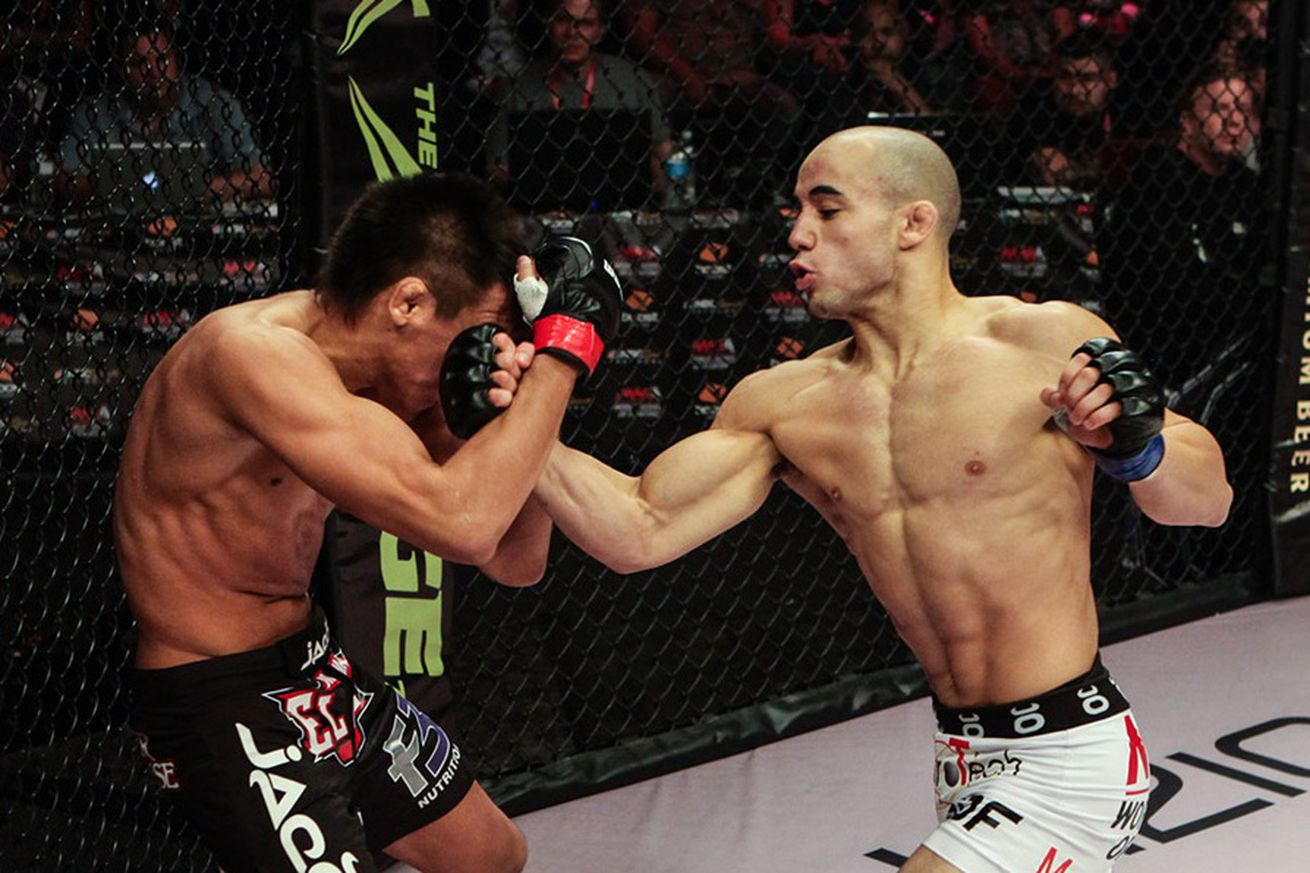 World Series of Fighting bantamweight champion Marlon Moraes hasn’t come right out and said it, but it appears he is growing a little restless with the level of competition WSOF is throwing at him.

Moraes returns to action this Saturday, defending his title against unheralded challenger Joseph Barajas in the main event of WSOF 28. In many ways, the fight represents more of the same for Moraes: a paycheck and a chance to preserve what is his, but ultimately one that comes with a caveat. If Moraes loses, his stock will take a sizable hit; yet if he defends his belt, as oddsmakers overwhelmingly expect him to do, a win over an unfamiliar name like Barajas will do little to propel Moraes in the eyes of fickle MMA fans.

And that, more than anything, is frustrating for the man who may very well be the best bantamweight outside of the UFC.

“I feel like sometimes people don’t think I’m that good, because I’m not there with those big names, big stars,” Moraes said Monday on The MMA Hour. “But man, I know I can beat these guys. I’m a guy who watches every fight. I know every fighter, every 135er in the UFC. I’ve been watching these guys fighting and I see, man, I have the game to beat these guys. I see guys like T.J. Dillashaw, of course, he proved so much. His game, he’s a very good striker, in my opinion, one of the guys who’s most improved in the last couple fights. But man, if he can hurt Dominick Cruz with kicks, Dominick Cruz is not going to walk for one month if I kick him.

“It’s just a different level of kick. I just feel like that and I can’t wait to prove it. I ….View full article