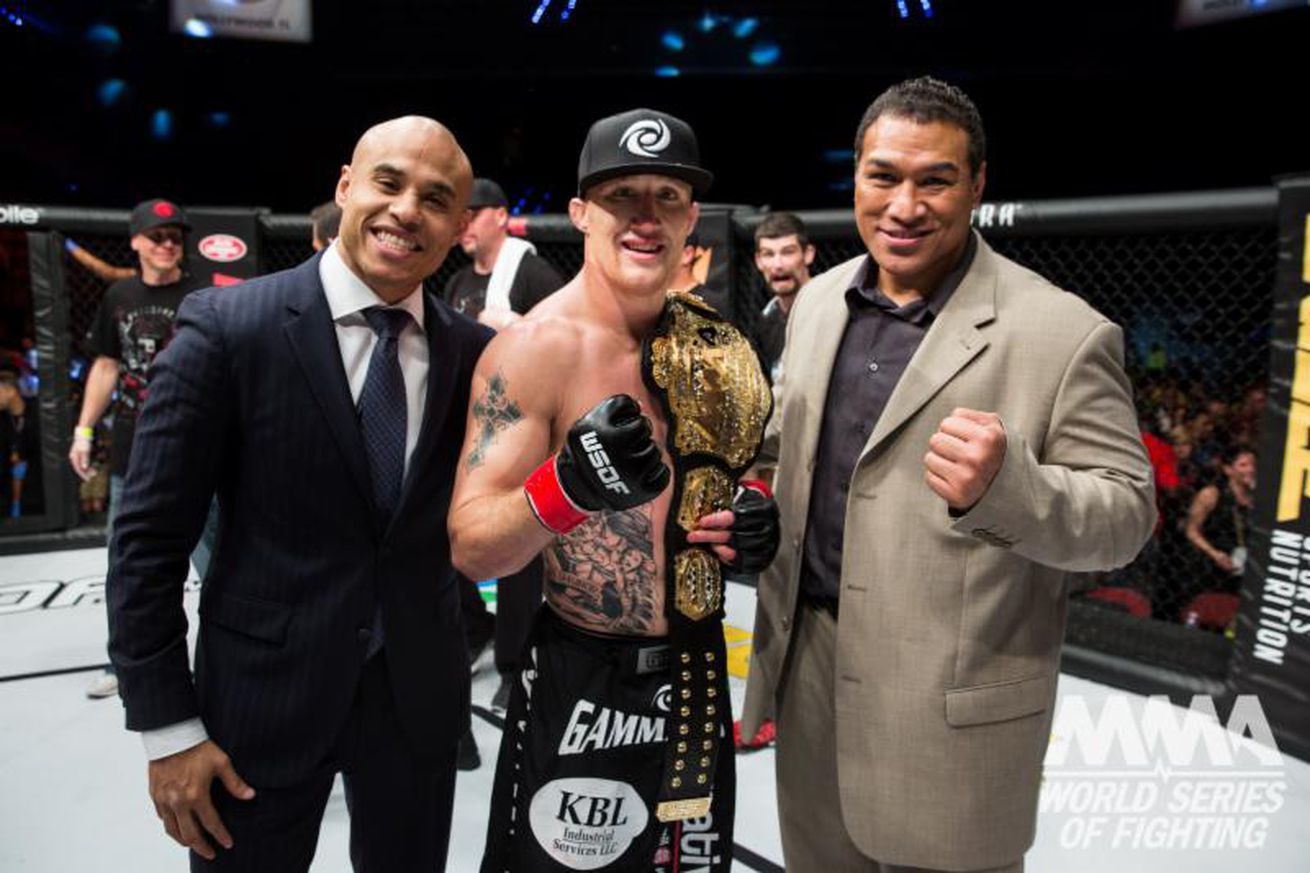 World Series of Fighting could soon be on the verge of losing its lightweight champion.

Justin Gaethje (17-0), considered one of the best and most exciting young fighters in MMA, confirmed on Tuesday that he’s officially a free agent.

“WSOF gave me (the) option to field offers, (though they) hold matching rights,” he said.

MMA Fighting reported in November that Gaethje was planning on testing the free-agent market in early 2017, and on Monday, FOXSports.com reported he was now officially free to field offers. Gaethje told MMA Figthing that he was given clearance to do so on Friday.

Gaethje, 28, is 10-0 in WSOF, and, along with bantamweight champion Marlon Moraes, has been the face of the promotion since it launched in late 2012. Moraes recently vacated his bantamweight title to become a free-agent and is on the verge of signing a new deal with the UFC, according to multiple sources.

WSOF’s middleweight/light heavyweight champion David Branch recently re-signed with the UFC. He’s currently scheduled to compete at UFC 211 on May 13 versus Krzysztof Jotko