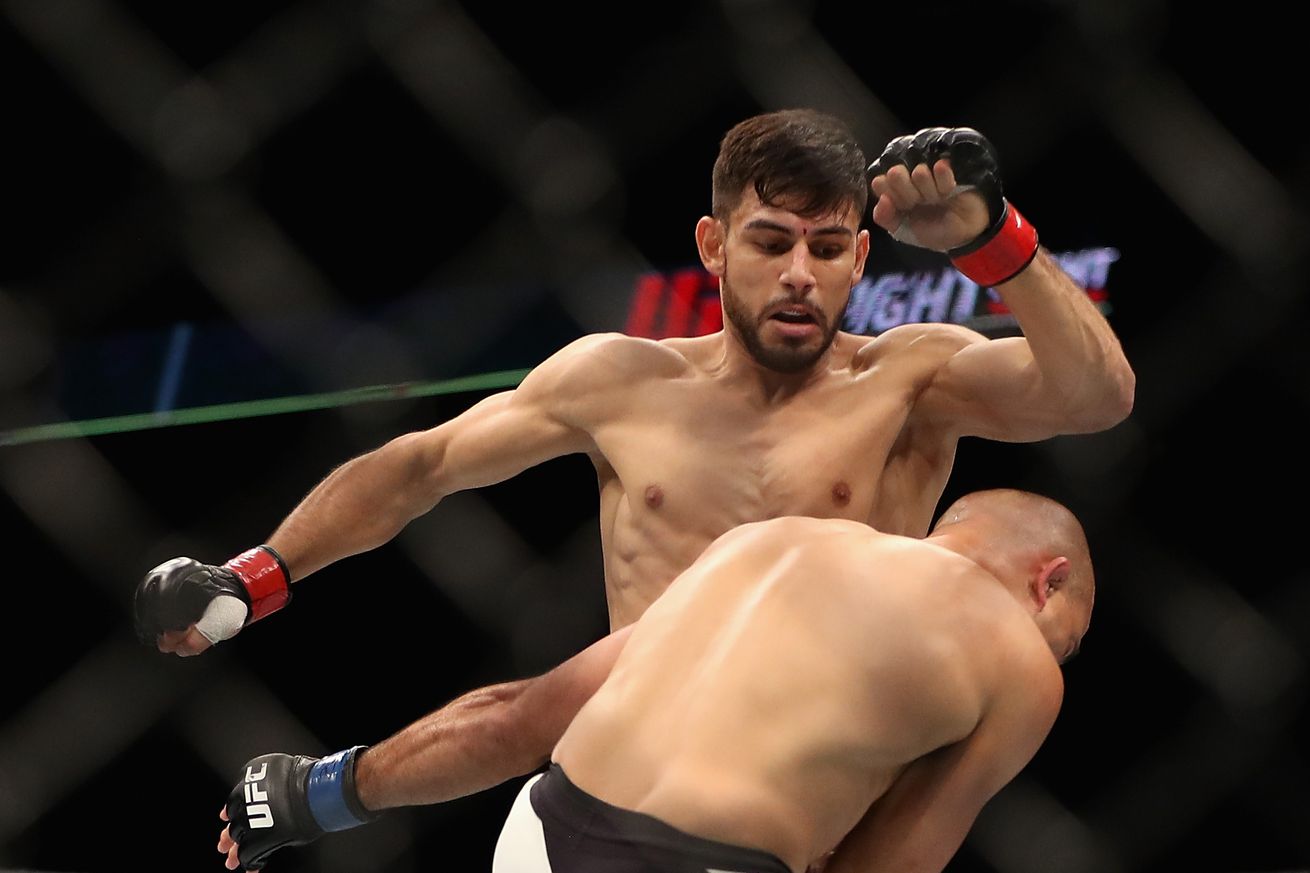 Yair Rodriguez put a highlight-reel beatdown on a legend and has gotten a solid reward for it.

The UFC featherweight prospect earned a $50,000 Performance of the Night bonus for beating BJ Penn by second-round TKO in the main event of UFC Fight Night 103 on Sunday night in Phoenix. Rodriguez landed multiple flashy kicks in a rout of a first round and finished with a front-kick-to-the-face/right cross combination.

Rodriguez, just 24 years old, is quickly developing a reputation as one of the most exciting fighters in the UFC. The Mexico native now has four fight-night bonuses in six UFC fights. Rodriguez (10-1) is also undefeated in the UFC.

“This was an amazing fight for me,” Rodriguez said afterward. “I fought a legend tonight. BJ Penn deserves all the respect in the world. Thank you so much, BJ, for accepting the fight with me.”

Also earning a $50,000 Performance of the Night bonus was Alexei Oleinik, who finished Viktor Pesta in the first round with the first-ever Ezekiel choke finish in UFC history. Oleinik, who specializes in the unique technique more commonly found in a gi competition, forced Pesta to tap despite being in bottom mount in a rare circumstance.

“It is an honor to have the first Ezekiel Choke in UFC history,” Oleinik said. “However, this is a choke I have used many times in Russia. In fact, many in Russia call this the ‘Oleinik Choke’. I noticed that Pesta has a long neck and that he does not protect it so I knew I could use this to my advantage.

Fight of the Night went to the bout between Augusto Mendes and Frankie Saenz. Mendes won the back-and-forth battle by split decision (29-28, 28-29, 29-28). Both Mendes and Saenz rocked each other multiple times. Each will take him $50,000.