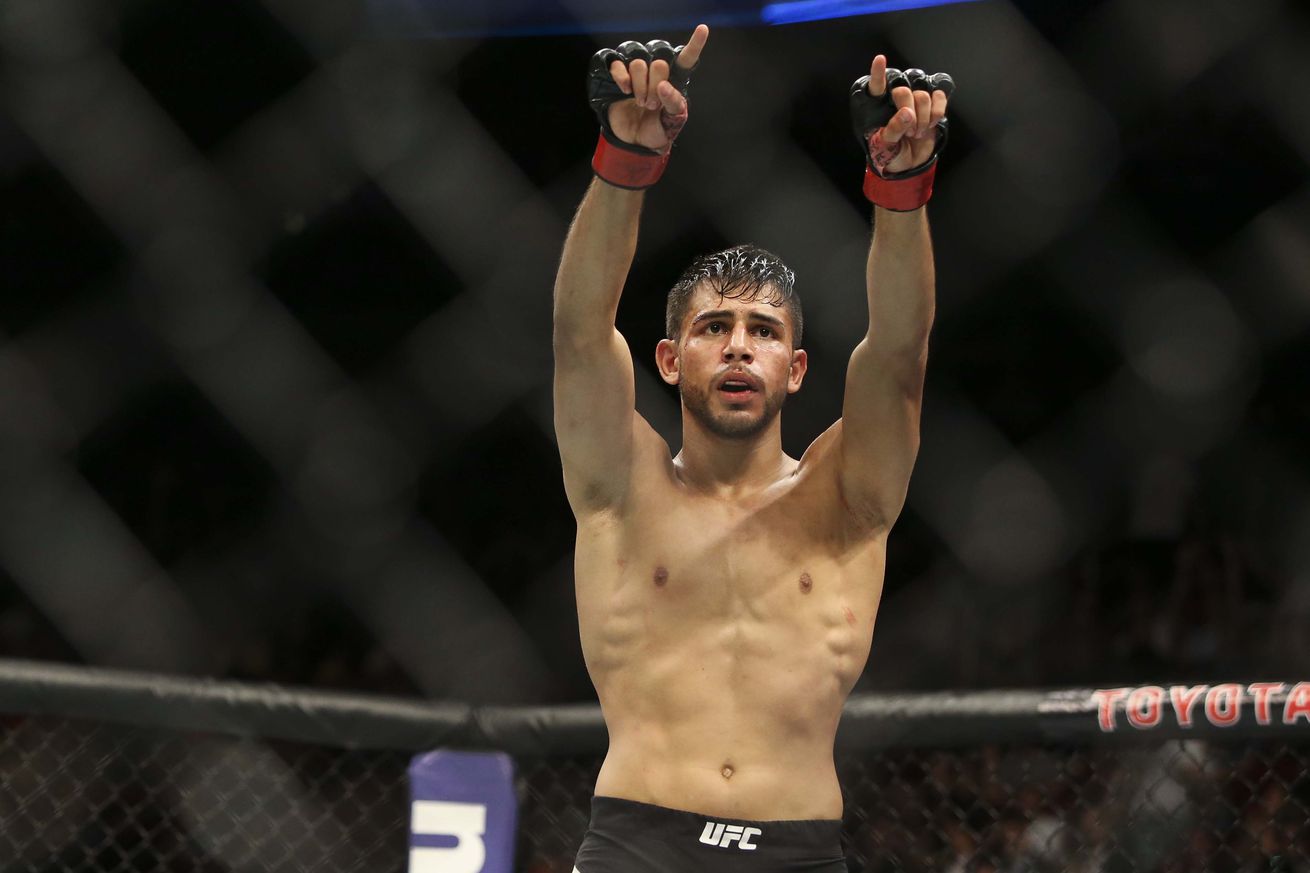 A featherweight bout between Yair Rodriguez and Alex Caceres is in the works for the UFC’s first ever event in Utah. The news was first reported by FloCombat on Thursday, and was later confirmed to MMA Fighting.

Caceres (12-8-1 NC) is coming off an impressive victory over MMA veteran Cole Miller at last Saturday’s UFC 199. The 27-year-old Caceres took that fight with less than two weeks notice, and defeated Miller via unanimous decision. Prior to that, Caceres outpointed Masio Fullen on January at UFC on Fox 18. “Bruce Leeroy” is 2-0 since his move up to the featherweight division.

Meanwhile, Rodriguez (7-1) is coming off a devastating knockout win over Andre Fili back in April at UFC 197. The Ultimate Fighter: Latin America season one winner is considered to be one of the most talented prospects in the featherweight division and is currently ranked No. 13 in the division. Rodriguez is 4-0 since joining the UFC.

This card takes place in Salt Lake City, Utah, on Aug. 6, and it will air live on Fox Sports 1.