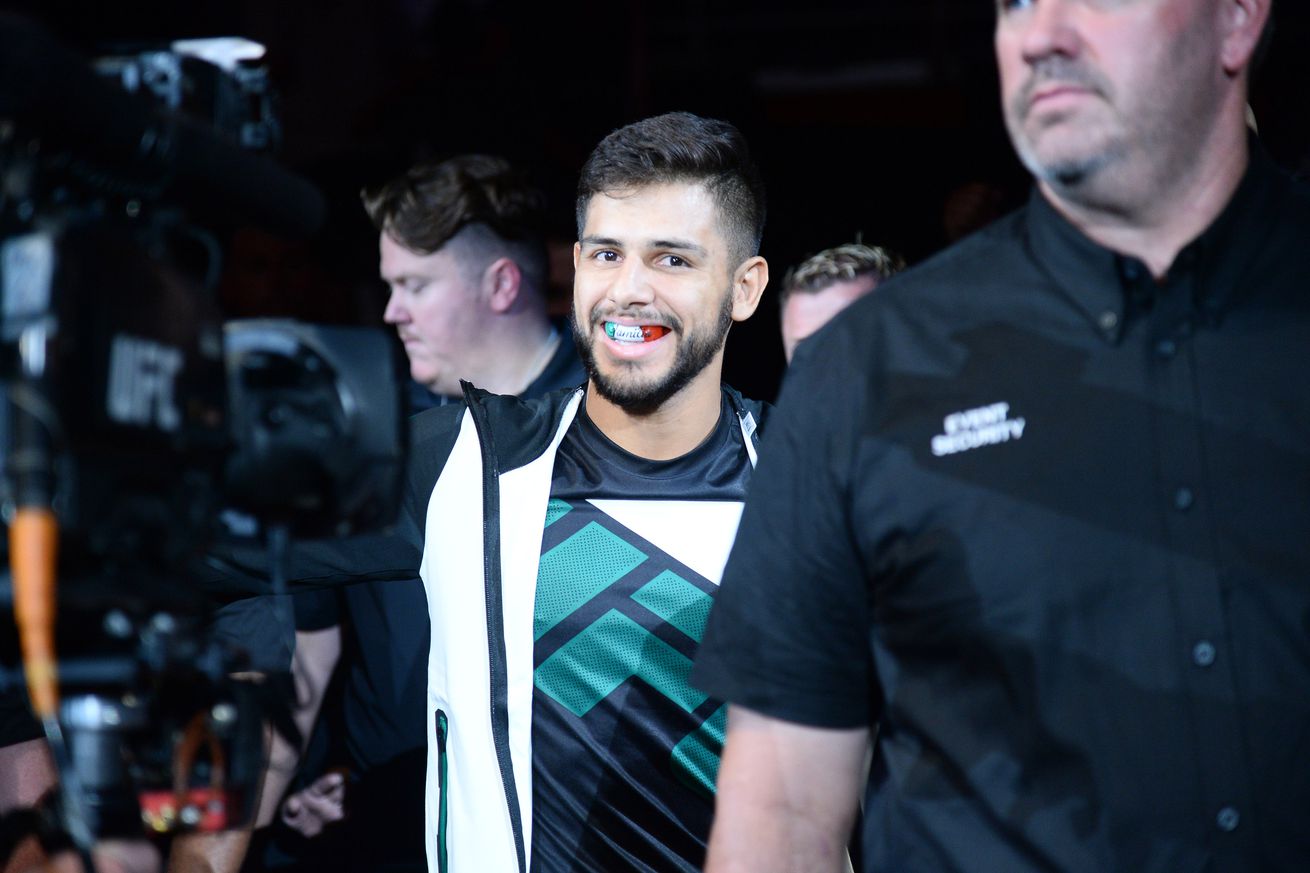 Yair Rodriguez is set to headline his second Ultimate Fighting Championship (UFC) card at the upcoming UFC Fight Night 103, which takes place at Talking Stick Resort Arena in Phoenix, Ariz., this Sunday night (Jan. 15, 2017). And it will come against one of the true legends of mixed martial arts (MMA), B.J. Penn, as the former two-division champion gears up to mount one more comeback at Featherweight.

In an interesting twist, Penn is now training at Jackson-Wink MMA, Rodriguez’s former team. But, if you think “El Pantera” is worried his ex-coaching staff and teammates will reveal his strengths and weaknesses to “The Prodigy,” your highly-mistaken. In fact, he welcomes it because he knows he’s a different fighter now than he was back then.

“He’s been training with people that know me really well and are my friends — ‘Cowboy,’ Diego Sanchez, ‘Magician,’ Jackson, ‘Wink,'” he said during a recent stop by ‘The MMA Hour.’ “All of those guys can easily tell him where I’m good at … and not. I don’t really care, I’m a fighter and you have to worry about me at any area of the fighting game. I can wrestle, I can strike and I can grapple and I really don’t give a fuck.

It’s been two years since Rodriguez moved on from the famed camp in Albuquerque, N.M., to train in Chicago, Ill., at Valle Flow Striking with Mike Valle, but says he still has nothing but respect for his former coaches and ex-teammates, who he considers friends … even though they will be enemies for one night only.

With a win over the former champion, Rodriguez hopes it will catapult him closer to his first-ever shot at a UFC title.

To see who else is fighting at UFC Fight Night 103 click here.