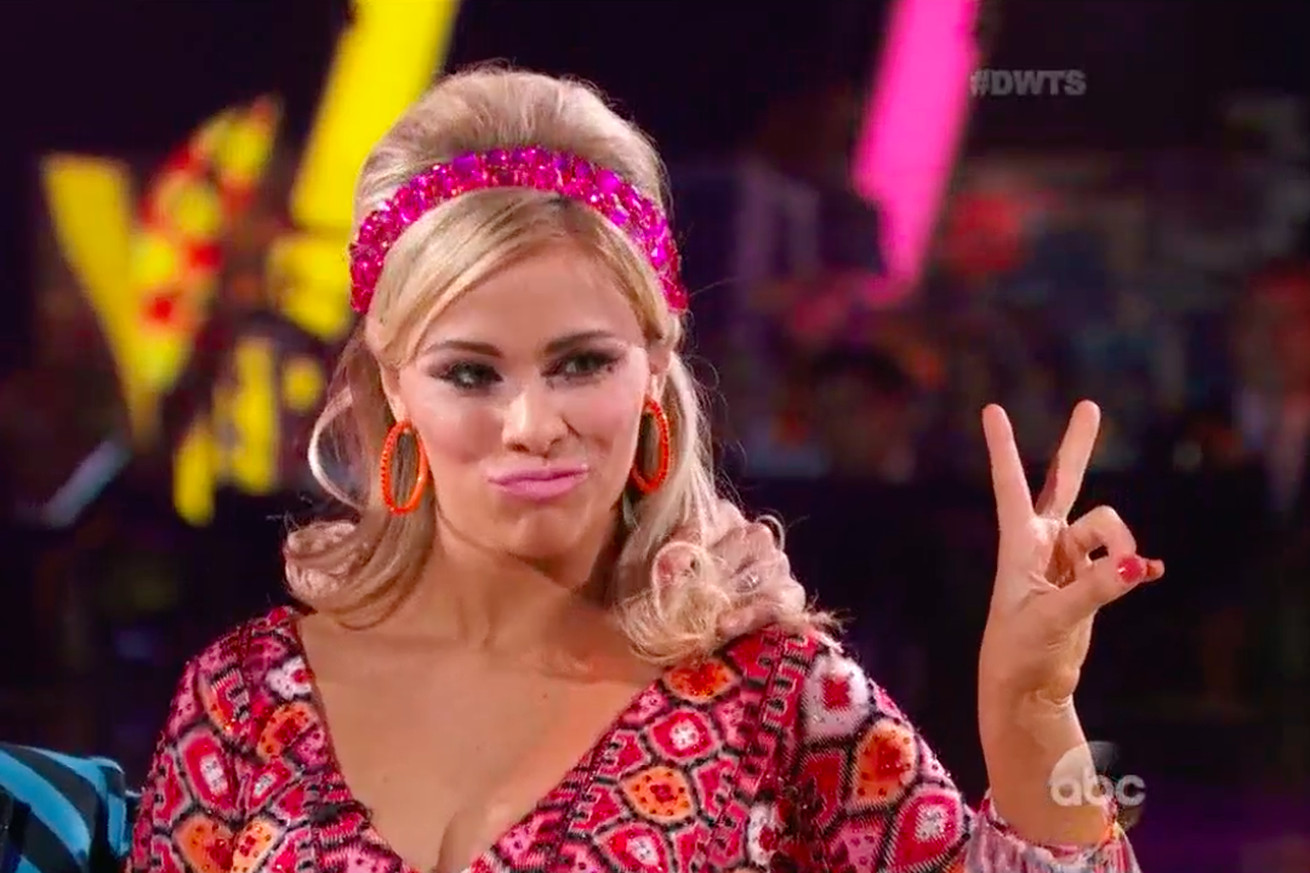 Paige VanZant and partner Mark Ballas danced to the very psychedelic Austin Powers theme song Monday night on “Dancing With The Stars” and knocked it out of the park. The choreography was smashing baby, as Mike Myers’ character would say. For the grand finale, VanZant was tossed up in the air like a cheerleader and did a split.

VanZant racked up a total score of 28 out of 30, earning a 10 for the first time from one judge. The outfits actually might have taken the cake.

Despite the impressive marks, VanZant was ruled in jeopardy at the end of the episode. She did make the cut, though, with former NFL quarterback Doug Flutie getting eliminated instead. PVZ will be back dancing next week.

As has been the case over the last several weeks, VanZant has emerged as a favorite. This week, though, was not easy. VanZant and Ballas had to switch songs at the last minute due to legal reasons. Ballas already had the choreography done for the initial dance.

It didn’t seem to matter as the duo had a superlative outing. Watching from the audience Monday was UFC president Dana White alongside former UFC star Chael Sonnen, who shares a manager with VanZant.

It seems like more and more that VanZant, the popular UFC strawweight, has a legitimate shot at winning this season of the show, which would be a big boon to her career. “12 Gauge” is a former dancer, actress and model. She also sports a 3-1 record in the UFC.