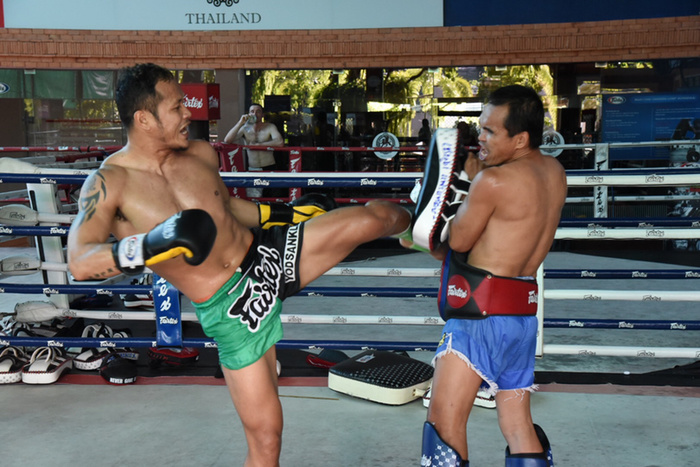 When putting together a list of the hardest punchers on the planet, there’s always going to be a lot of debate. However, when talking about the hardest kicker, somebody high on everybody’s list—assuming they can spell his name—is Thailand’s Yodsanklai Fairtex.

And not many people know this better than 10-time world kickboxing champion John Wayne Parr, who has faced Yodsanklai on three separate occasions.

“Most fighters have weapons you fear,” says Parr. “Usually, it’s a few different things or a certain combo, but with Yodsanklai it’s his left body kick. Everyone knows about it, but nobody has an answer for it. It’s laser-guided and feels like a baseball bat. It’s pure blunt-force trauma and yet so accurate. He can hit a 2-3cm radius time after time after time.

“I had to get my forearm X-rayed after a fight with Yodsanklai, just to make sure it wasn’t broken. The power of that kick sends a massive shock through you. There’s really nothing like it—and I’ve fought Buakaw, whose kicks are faster, though not as hard!”

Believe it or not, Yod’s kicks weren’t always his best asset. “I used to be more of a clinching style of fighter, but when I moved to Fairtex about 12 years ago, my trainer and manager decided to improve and change my skills,” says the Thai superstar, who was also encouraged early on to switch from orthodox to southpaw.