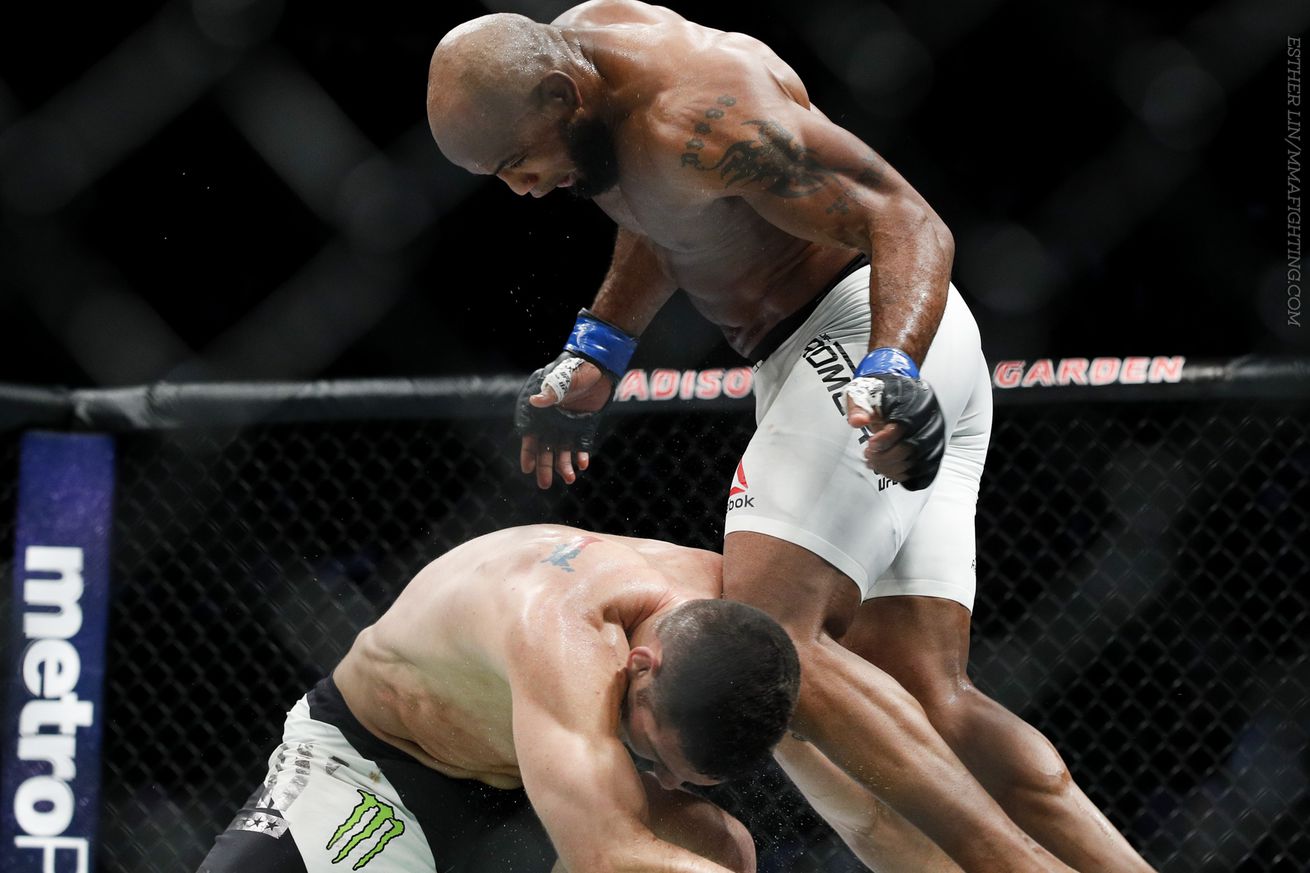 The terrifying running-knee finish of Chris Weidman at Madison Square Garden earned the “Soldier of God” his eighth straight victory, a Performance of the Night bonus, and put him in position for the next shot at Michael Bisping’s UFC middleweight title.

And according to Romero, the fight played out precisely to their game plan.

“That’s exactly how we planned out the fight, how we thought the fight would go,” Romero said on a recent edition of The MMA Hour. “From half the second round on, we knew we would finish. That was trained. 100 percent.”

Romero conceded that Weidman, the former UFC middleweight champion, won the opening round. But he also implied it was a plan to bait the wrestling-centric Weidman so that the opening for the devastating finishing move would present itself.

“My coach and I were discussing battle tactics and we talked about connecting the right knee when he attempted the takedown,” Romero said. “We were training it and and we decided that was the way to end the fight, if it happened in that manner, that I would end the fight

“That’s exactly how the coach and I had planned,” Romero said. “Get him some food so he’d get happy with that food, and as soon as he comes for seconds, we’re going to hit him with the knee.”

Of course, it seems it wouldn’t be Romero fight without a bit of a controversy. This time, it came between the first and second rounds, when the referee ordered Romero to towel off before resuming the fight.

“You know some people use ice to cool down in between rounds but during my training and even between rounds, I don’t use ice. I pour a little bit of water,” Romero said. “It’s up to the ….View full article