Home MMA News Yoel Romero’s manager responds to Bisping vs. GSP cancellation – ‘It’s time for us to move on with this division’
ShareTweet 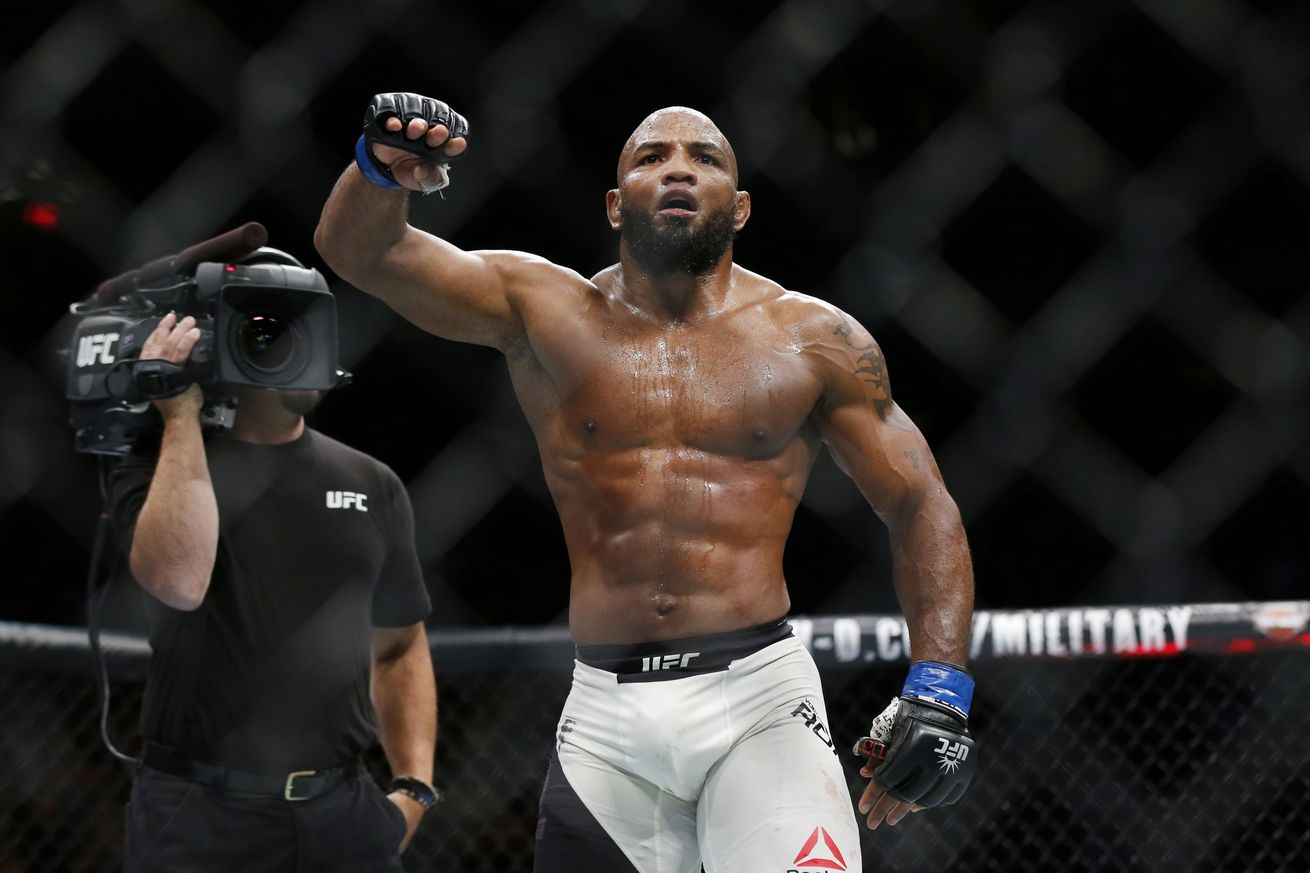 When UFC president Dana White announced earlier this week that Michael Bisping’s agreed-upon superfight with former UFC welterweight champion Georges St-Pierre is being called off due to scheduling differences, top middleweight contender Yoel Romero, along with the entire UFC middleweight division, immediately breathed a sigh of relief. Bisping, who claimed the UFC middleweight title last year with a knockout of Luke Rockhold, was planning on holding the 185-pound title picture up to score a big payday opposite GSP. Now that the proposed superfight is no longer in the plans for 2017, Romero can focus on an upcoming title fight with “The Count.”

“I actually was expecting it,” said Romero’s manager, Malki Kawa, during a recent appearance on The Luke Thomas Show. “If you know Dana White, one thing he can’t stand is when fighters don’t fight, especially when the champions don’t fight. . . If you know Dana right and you watch him, he’s probably just tired of the whole hoopla with Georges. . .

“The whole division is up in arms. Everybody comes out every day screaming and yelling except for Yoel. It’s unreal how much this one fight has caused so much of a headache. “

While Kawa admits that UFC could be putting pressure on GSP to accept the fight earlier than he wants to, he doesn’t believe Romero will get shafted for a title shot twice. However, Romero’s team fully understands that it all comes down to Bisping signing the dotted line.

“I think the kicker in all of this is Bisping,” said Kawa. “It depends on Bisping because if Bisping refuses to fight, then what’s the next step? That’s gonna be the next thing.

“[If Bisping does refuse] I’m calling for them to strip the belt at this point. It’s time to strip the belt. . . It’s unfortunate. It’s a bad situation for everyone to be in but at the end of the day, it’s time for us to move on with this division.”

As much as UFC would have loved to see GSP come back and win the middleweight title after a three-year absence, this may be for the better. Romero, along with top title threats Rockhold and Robert Whittaker, deserve a chance to fight for UFC gold. St-Pierre will surely find another dance partner later this year, but for now, Romero will get the next crack at Bisping.